A year on the moor 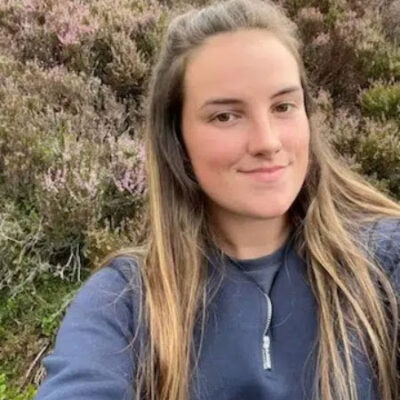 Lucy Marsden, who is studying Countryside and Environment Management at Harper Adams University, is currently enjoying a placement year with the Game and Wildlife Conservation Trust, where she is working an upland research assistant.

2021 BASC legacy scholarship winner, Lucy Marsden, is currently spending the work experience year of her degree course with the GWCT. Here she updates us on how the year is going so far.

My year at the Game and Wildlife Conservation Trust (GWCT) began at the start of August. My second week was marked by the Glorious Twelfth – the first day of the grouse season – which in turn saw me enjoying the vast grouse moors in County Durham as work began on grouse parasite research.

The research involves collecting grouse guts from the larders of shoots on the surrounding estates, taking these back to the GWCT lab to analyse for strongyle worms within the gut.

On the days the estates weren’t shooting, I was out on the hill early morning hunting for grouse caecal, or grouse faeces, as it’s better known, to sample for strongyle eggs.

Although my two previous years at university had been mostly online, we did manage to get in the lab a couple of times which was good as it prepared me for what was in store!

Getting up early to head off onto the middle of a grouse moor can be challenging, especially when, after multiple hours searching, I would return to the lab with less caecal samples than desired.

This was partially due to the decline in grouse populations over the last couple of years, which itself was likely down to a combination of factors (making work like parasite research even more important) and partially due to myself not looking in the correct places.

However, days where the sun shone down, and the grouse left their roost sites leaving behind an abundance of caecal, the bad days were made worthwhile.

During my time here the GWCT have also started work on a new initiative called the Merlin Magic Project, which has been funded by the Green Recovery Challenge Fund.

The project aims to help understand the causes of merlin decline by collecting data on breeding habitats and prey abundance to help inform moorland management.

Grouse moors are hugely important to merlin. This is because the loss of favourable moorland habitats from commercial afforestation, or loss of heather to grass moor due to overgrazing by sheep, has led to grouse moors being the only suitable habitat remaining.

Since the project started, I have been involved with some of the vegetation surveys which have been completed at previously occupied merlin nests and within merlin breeding territories throughout northern England.

After a crash course to learn different moorland plant species by their Latin names, I was sent out to conduct the surveys. These consist of walking four transect lines within the nesting territory (defined as a 1km radius around the nest) and every 50m assessing what flora species are present, the height of the heather and how deep the peat is.

Being on site in the middle of a hill on a frosty morning with just myself, my GPS and the echoes of red grouse calling is surreal. This work has taken me to some very stunning places over the last couple of months.

Although the outdoor work is great, some work must be undertaken at a desk too. Recently, I have been in the office studying aerial images of merlin territories occupied in previous years and mapping every burn within that territory for three time periods over 20 years.

This has been a lengthy yet rewarding task with results starting to show. This geographic information system (GIS) analysis has shown me the importance of being able to use this software, especially within the ecological sector.

My university course is all about countryside and environmental management, so to be able to participate in a project which is working to conserve the UK’s smallest bird of prey is incredible.

Looking out the window of the office now as write this; I am excited to see what the rest of my time working with the GWCT will bring.