Merlin, the little wizard on our grouse moors

You would be forgiven for thinking that the only bird of prey that exists on grouse moors is the hen harrier. There is actually an abundance of life to be found, including the moors own little wizard, merlin.

While hen harriers are very important, the media interest around them means that the story of other birds is often overlooked. I read an article recently in the new GWCT book “Moorland Conservationists” where a proud moorland owner claimed to have attracted no less than 16 different birds of prey on his moor. Initially this might seem impossible, but a quick check through a list of potential species and you can soon see how important our moorlands are for the UK’s birds of prey.

The merlin is our smallest UK raptor. What this remarkable bird lacks in statue, it certainly makes up for in personality.

You can often see them swooping low on moorland as they hunt for small birds or take insects in flight.

This ground nesting, fierce little hunter was previously affected by now banned pesticides and egg collectors. It hit the population hard in the early 1960s, but grouse moors were a huge part of their recovery story enabling a 94 per cent increase in numbers since the 1980s.

Merlin will rarely eat grouse and are not considered to be a threat to grouse in the same way as some other species of raptor. However, the importance of grouse moors in supporting merlin population recover should not be overlooked.

Merlin can choose where they live and nest. It is due to quality management undertaken by gamekeepers that the bird’s strongholds (like many other birds) are on grouse moors in Northern England. Merlin are not a replacement for other species like hen harrier, however, they should not be forgotten either in the broader raptor conservation debate.

Let’s do some more research

Armed with my knowledge and desire to lean more, I decided to ask the opinions of gamekeepers across Northern England who are responsible for looking after the majority of nesting merlins in the UK. As you can imagine, my inbox was filled with some strong views and most importantly people passionate about the conservation of this little wizard of a bird. Here are some of the questions I asked:

Do you think that grouse moors in England are important places for merlin?

Peak District Moorland Group said: “The management regime carried out on a grouse moor, could and should, be copied by any conservation agency looking to attract and successfully fledge this fantastic little falcon onto their ground.”

Do you have any merlin nesting on the moors in the area?

Yorkshire Dales Moorland Group said: “This year, almost all our 25 managed moorlands in the Yorkshire Dales have reported one to two merlin nests. With our moorlands already being managed to suit ground nesting birds, the habitat is favourable.

All six of the regional moorland groups in England had merlin nesting on grouse moors this year and many of the keepers are working with the British Trust for Ornithology (BTO) to undertake vital monitoring and ringing.

What do you think are the biggest challenges facing merlin, and how can this be addressed?

Yorkshire Dales Moorland Group said: “Without a doubt, the biggest challenge facing the continued success of breeding merlin is the increase in predation on managed moorlands due to the fiasco with the general licence. We saw an increase in levels of eggs and chicks being predated in areas that otherwise were classed as their safe havens. 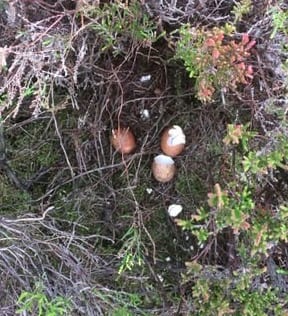 North York Moors Moorland Organisation said: “This year has been challenging for the keepers with the lack of general licences for some predator control measures on designated sites. Estates across the North York Moors continue to work with the BTO to ring and monitor our bird populations. Merlin are one of these birds and it is nice to see evidence of breeding numbers and how they are improving over the years. Especially as they are a feature of our Special Protection Area (SPA).” 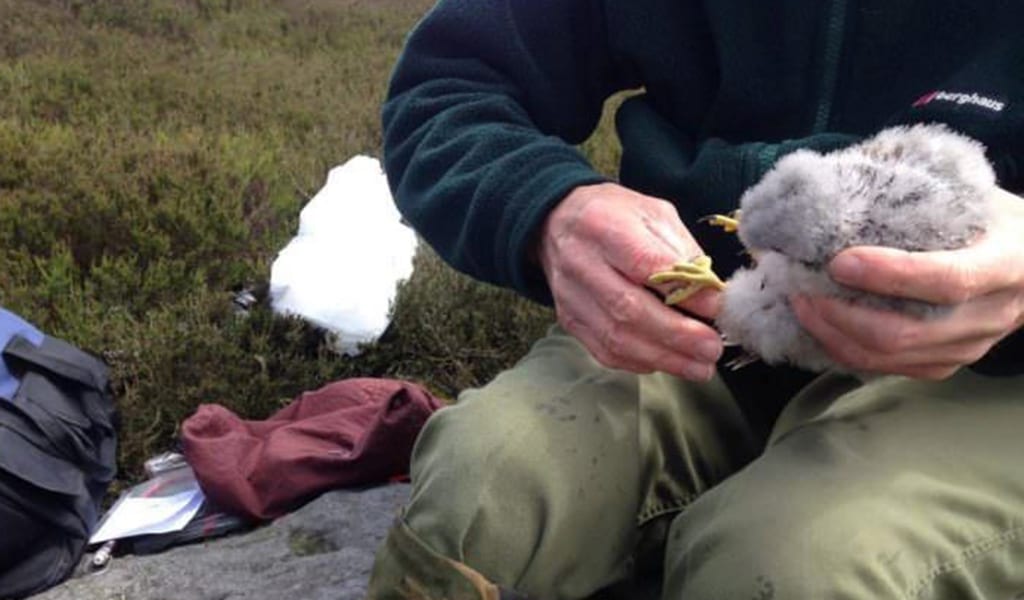 The future for merlin

The outlook for merlin is positive, providing gamekeepers are given the opportunities to continue to manage a rich diverse moorland habitat.

There is a real frustration for keepers when trying to promote the benefits of managed grouse moors. Often the media focus on raptors in the uplands distracts from the success stories and conservation efforts that achieve real success.

Did you know the merlin’s Latin name is ‘Falco columbarius’ as it has a similar flight to the pigeon (family name Columbidae) and was known in some parts as the pigeon hawk.