Can I start off first of all by saying that this is my third AGM as President and, to repeat what I said before, it is a very great privilege for me to maintain that office. I am grateful for your support in supporting me as your President. And the counter point of that is, that in the many things that I do, in various fields in public life, I get more enjoyment and a greater sense of fulfilment I think from the work with BASC than I do, with almost more than any of the others.

Ian (Bell) talked about change and you only have to look out of the window or look at your newspaper or turn on the television to know, had you missed it, that we are in an era of enormous change, enormous challenge and of course the foremost one that effects all of us in one way or another is Coronavirus. Although I want to touch on other challenges and changes in a moment.

In the question of Coronavirus, it could have brought down many organisations bigger and longer established than BASC. And my first comment, is a word of thanks and very fulfilling word of thanks to the chairman and to members of Council who have handled this crisis so very well. We’ve come out of it, or are coming out of it, I think very well. And it is due to them I think that, and because of that I pay that tribute.

A particular word of thanks to the CEO and staff, and all the people at the Mill and elsewhere in the country who have done so much of the detail to do with Coronavirus and challenges that issue and deals with it. A very fulsome word of thanks to all of them from me. I think you’ve done a brilliant job and are continuing to do that.

And we will continue of course to try and do what I wrote about in one of the issues in our magazine a few months ago, to protect the key workers. As I think I called them. And I think most of you will know who I mean by that; the keepers, the ghillies, the stalkers, the people in the retail trade who rely on shooting as an essential part of their life and the way they run their business. They could have so easily gone out of business and some have of course, sadly. But we should do everything we can as members to support them and ensure their wellbeing as we look at our own situation and wonder where our sport is going.

So where is our sport going? Well there are problems and many of the problems have been problems we have addressed in the AGM, in my time and in the past. And I make no apologies for repeating those.

Medical reporting to cite but one of the three that I want to mention. Medical reporting is still there, and I do not know how it will end. We have a police service which is at odds with itself and cannot come up with a national policy that makes sense. And some forces are taking a line which I feel is totally unsupportable. We have the Home Office who typically, I have to say, are proving no leadership of any consequence at all on that. And of course, we have medical profession which on the fringes vacillates from trying to make a great deal of money out of the membership all the way through to those who want nothing to do with shooting at all and refuse to grant certificates. All of that is an issue which has exercised the minds and the activities of the staff at the Mill for a long time and I fear will continue because I don’t see a quick end to this. But we shall do our best as your Association to come up with a solution that is fair and equitable.

The issue of lead shot the CEO has already mentioned that and I endorse entirely. Steel shot is going to come in. Steel shot will be here in the years to come and I think we would be very wise as membership of an organisation like this to move to steel shot or similar as quickly as we can. And in doing that we enhance our conservation credibility, which I ought to mention again in a moment. We advance that and are seen to be an organisation which is willing to be at the forefront of change rather than being dragged, as it were, kicking and screaming into the future.

And lastly, an issue which doesn’t affect many of our members and that is the persecution of raptors. As an example, it is largely grouse moors as we know which are the focus of tension on this. And yet there is no doubt in my mind that one relatively small issue, although serious as it is in terms of raptor conservation, small in terms of the overall shooting agenda, can cause enormous damage to us as a shooting organisation and as members of it.

Because there is no doubt in my mind, that sitting as I often do in centre of machinery of government in Westminster, no doubt in my mind that shooting, if you pardon the analogy, is very much in the cross hairs of public opinion. We are living in very strange and I think really quite worrying times. You only have to look at the way in which Black Lives Matter has taken off and the fringe elements that are now supporting it. Putting to one side the awfulness of the incident in the USA that sparked it all off, the tearing down of statues and the demands, and sometimes quite outrageous demands, on the coat tails of that is something that society has only just woken up to and is not at all sure of how to handle. You have got the total, I call it cluster, approach of smash everything. Everything that was once cherished and accepted is now there to be challenged. You’ve only got to look at the way in which free speech is now under very grave threat. Generally, on the media and certainly in the universities. Ask yourself what is going on?

Well I don’t know what is going on, except that I am absolutely sure that the organisations like ours cannot automatically expect an umbrella of protection from parliament and from government. Government and parliament will be swayed by public opinion. And if there is a strange current running through public opinion which is to challenge absolutely everything that once stood as something that was unsaleable, then shooting is going to be, as I’ve said just now, right there in the cross hairs. Because in so many people’s minds, shooting is equivalent to slaughter. Shooting and slaughter go very cleanly/neatly together for those of us who oppose what we are doing.

Well there is a lot we can do. But I think there are three things that I would put in this very short address to you today…

For a start, the shooting code is there to be adhered to. It was the subject of great debate as it was being fashioned but has stood the test of time. It is absolutely essential for the wellbeing of shooting, the wellbeing of membership and the wellbeing of the environment if we all adhere to it.

I think we should speak out when raptor persecution with the illegal activities in the whole of wildlife area as a rule. Speak out! And say quite openly that this is nothing to do with us, we deprecate it, we do not support it, it is not what we stand for.

And in terms of, I’ve pinched for myself I suppose, the old Tony Blair vision of three messages for education which was ‘education, education, education.’ I make no apologies for the pun, I think so far as this organisation is concerned shooting sits side by side with conservation, conservation and conservation. And that way, we can do what we can to put a balanced view in front of those who would seek to curb or destroy the sport that all of us at this meeting subscribe to.

So, I conclude really with not warm words of everything is okay in this particular garden, because I don’t think it is.

But my thanks go to the membership for supporting BASC so very warmly. It is a great organisation, a very large organisation and a very well ran organisation, and one of the biggest organisations in the western world in this particular field and I think we should all take pride in being members of it.

And I think overall against the backdrop of what I’ve said about the challenging times, if we keep our heads and if we go forward sensibly, I think in the end we are going to come through. But it’s going to be difficult and I think we are very fortunate to have a Chairman, the Council, CEO and the staff to help us to do that. I conclude by saying good luck and good shooting.

Get down to business – our guide to selling venison locally

The eyes and ears of the uplands 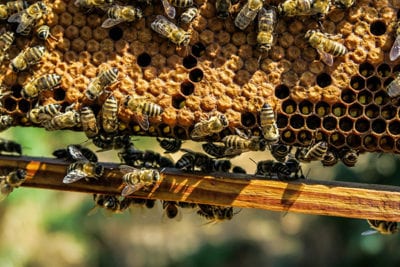