I’m not sure of the definition of celebrity. Chris Packham undeniably is. Not so certain about Rod Liddle or Packham’s step-daughter, Megan McCubbin.

What they do have in common, however, is the ability to peddle myths and propaganda at points in the shooting calendar when they think they will either gain newspaper headlines or appeal to their social media cult.

McCubbin, a zoologist by trade, is described as a ‘wildlife conservationist, TV presenter and photographer’ on an internet landing page run by her management company. If she has an agent, she’s probably a ‘celebrity’.

It’s also worth noting she is the new youth ambassador for the League Against Cruel Sports.

She will be most known for helping her step-father present the BBC’s Springwatch programme during lockdown, which re-opens the whole debate about whether presenters should follow the corporation’s editorial guidelines when operating outside their BBC role.

Packham has been regularly accused by the shooting community of abusing his celebrity status to support an extremist campaign. McCubbin has clearly learned a trick or two.

Her statement was admirably tackled in the comments thread by those who understand there is a far more positive side to grouse shooting. But the reality is that those 1,500 followers who ‘liked’ her post will care little for the counter-arguments, no matter how well evidenced. If even a portion of those followers share her post, its not hard to see how such ill-informed nonsense gets a foothold in the digital world. 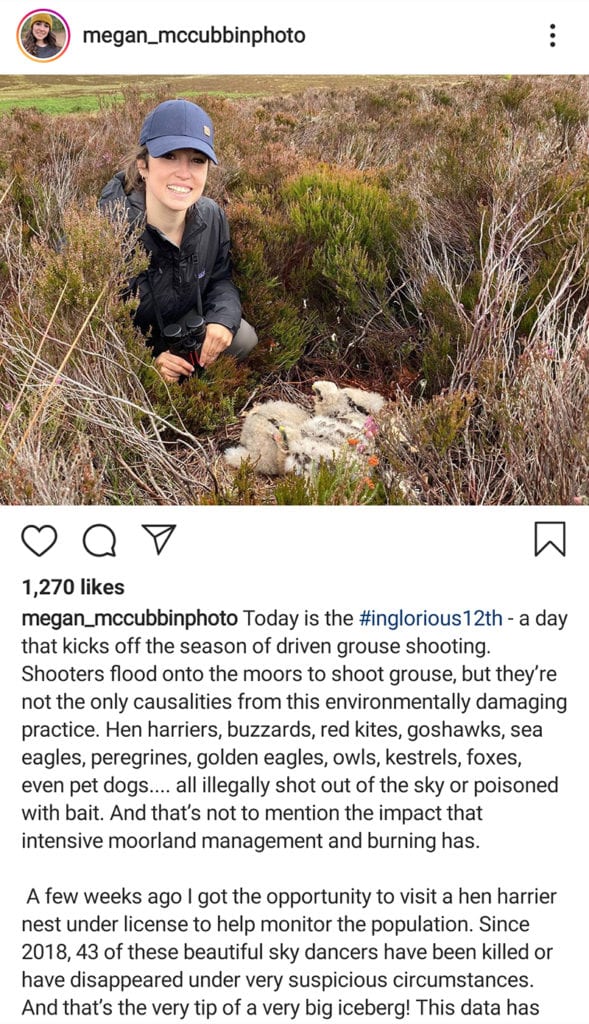 This is the social media battleground that BASC referred to in the build-up to the Glorious Twelfth.

It’s one of the reasons we launched our ‘Simply Glorious’ newspaper campaign across England and Scotland this week. We were able to produce a tonne of digital content on the back of it, giving our members the opportunity to share evidenced, informed content across Facebook, Twitter and Instagram – and we have been truly heartened by the response. 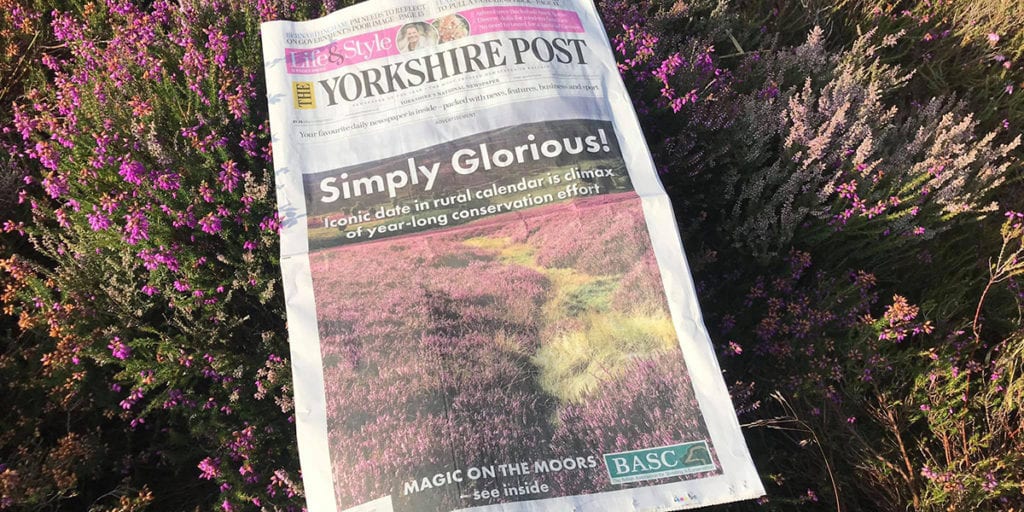 Our four-page wrap in the Yorkshire Post certainly ruffled a few feathers among the antis and extremists.

Judging by some of the tweets, I fear a targeted campaign is brewing against the newspaper for daring to allow BASC to present the general public with the other side of the argument. 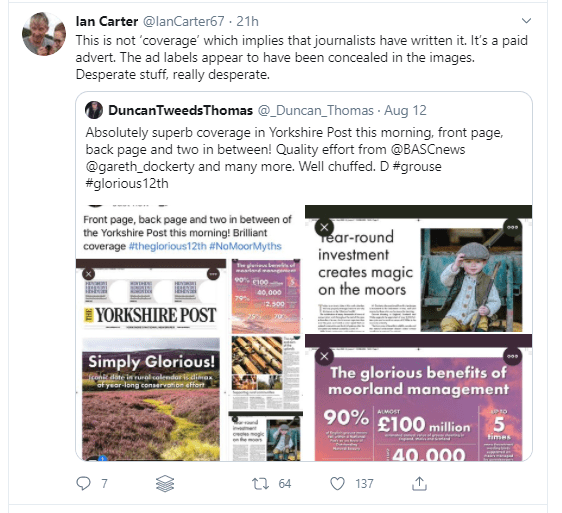 The reality is that BASC’s decision to place this campaign in the Yorkshire Post was no different to the League Against Cruel Sports running a one-page paid advert in the paper last August. But as we saw with McCubbin’s Insta post, antis don’t usually follow the evidence.

We can’t win them all – which brings me nicely onto Rod Liddle’s rant in The Sun newspaper on Thursday.

We’ve been here before with Mr Liddle and BASC has previously tackled him about columns which have been high on rhetoric and short on facts. We had a letter of correction published in The Times earlier this year, which is far more success than we can hope to achieve by writing to The Sun today – although we have done it anyway.

The headline in The Sun read ‘Moor or less a desert’, which just about sums up the quality of the content if the reader was looking for facts or evidence.

Liddle comments across many issues in his various columns in newspapers and magazines held in higher regard by many than The Sun; so I suspect, with regard to shooting, he actually understands the arguments in support of what we do.

But he’s paid to be controversial and the success of his performance is judged by the number of angry letters that flood the letters’ page each week as a result of his provocation. He’s only invited back by the editor because he continues to give The Sun what it wants.

Two can be as bad as one

Which is, in many respects, a similar dilemma faced by Packham and McCubbin and highlights the shallowness and inherent responsibility that comes with celebrity status.

They must continue to feed the beast, whether that is their social media following or their newspaper paymasters; but truth, fairness and impartiality are usually a casualty.

An invitation to a managed moor is of course open to both Liddle and McCubbin if they would like to prove us wrong.