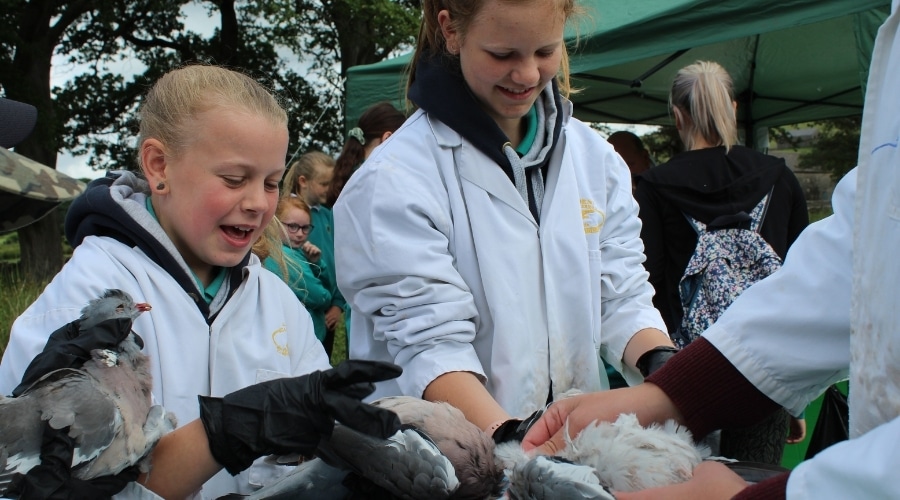 It’s the final day of Let’s Learn Moor  2021 and I finish the week in the Trough of Bowland.

As education officer for Countryside Learning, my work for today started in February. It was from then, I started contacted schools within an hour of each Let’s Learn Moor location and invited them to a free Uplands Education Day at various moors.

By the end of today, Friday 9 July, more than 2,000 children will have participated in a variety of activities in the uplands.  Let’s Learn Moor is designed to show the schools how successful upland management to encourage the breeding of ground nesting birds relies on a collaboration of people who live and work in these areas.

Countryside Learning has supported BASC with this project since its first inception in 2017. In 2017, I met Garth Dockerty (BASC uplands officer) who aimed to organise days on the moors where primary school children could learn about the uplands, in the uplands.

Gareth had the vision, and Countryside Learning, having taken children into the countryside since 1988, had the expertise. Let’s Learn Moor was born.

We were worried that this year could be a tricky one, but our days have been full and we have felt even more privileged than usual that teachers were willing and able to come out with their classes.

The work of each of the moorland groups also started many months ago, when they contacted local stakeholders and asked them to provide an activity slot for each of the days.

In Bowland today we had the emergency services who discussed wildfire prevention. We also had organisations whose primary focus is the ecological diversity of the moor, not to mention landowners and those who manage the moor for recreation.

The overriding message that we want to put across is that moorland management relies on organisations working together. Whilst the objectives of each organisation might vary, the overall aim is to create balance of species and habitats where some of our very rare birds can nest.

As we finished the day at Bowland, the sounds of 150 enthusiastic children rung in my ears, alongside the call of the curlew and lapwing. At Countryside Learning we understand that the sound of one encourages the future of the other.