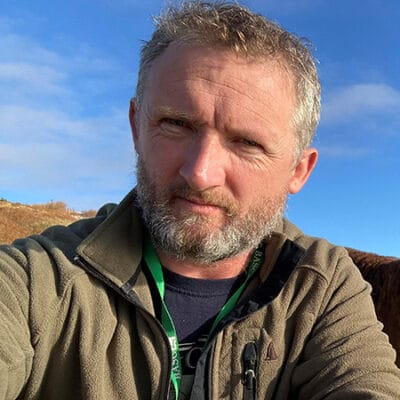 Innis is a BASC South West regional officer. He started out in gamekeeping and agriculture before joining the Royal Navy. He now runs a small pheasant shoot in his spare time. Innis’ interests include wildfowling and working his two springers and a Chesapeake Bay retriever.

I am very lucky. The small pheasant shoot I help run has a couple of well-established ponds within its bounds. It is on one of these ponds that I decided to try installing duck nest tubes some five years ago.

This pond, unlike the other one on the shoot, doesn’t have an island. It is though, on an organic dairy farm. Perfect for installing duck nest tubes, as the increased numbers of insects are of great benefit to any newly fledged chicks. And without the safety afforded by an island, the tubes could be a major benefit.

It was a bit of a shaky start, with very little information available on duck nest tubes. It was a case of watching a great video by Westmorland Wildfowlers Andy Stott and Mark Shaw and giving it a go.

The first attempt at installing duck nest tubes didn’t last long – unknown to me the pond sloped under the water at around 45 degrees. That’s over welly depth in the first step into the water. I wasn’t keen on getting wet as it was a chilly February.

Not all plain sailing

I don’t think the inventor of the manual post driver anticipated it being used while trying to stand upright. Though it did keep the helpers on the bank amused. I’m pretty sure that there were wagers on whether I would stay sunny side up or not.

Needless to say, installing duck nest tubes took considerably longer than anticipated. We ambitiously started with four tubes, all installed from the canoe. It wasn’t just driving the posts in that was hard, many tools narrowly avoided sinking into the depths below, after fumbling with cold wet hands in a very rocky boat. 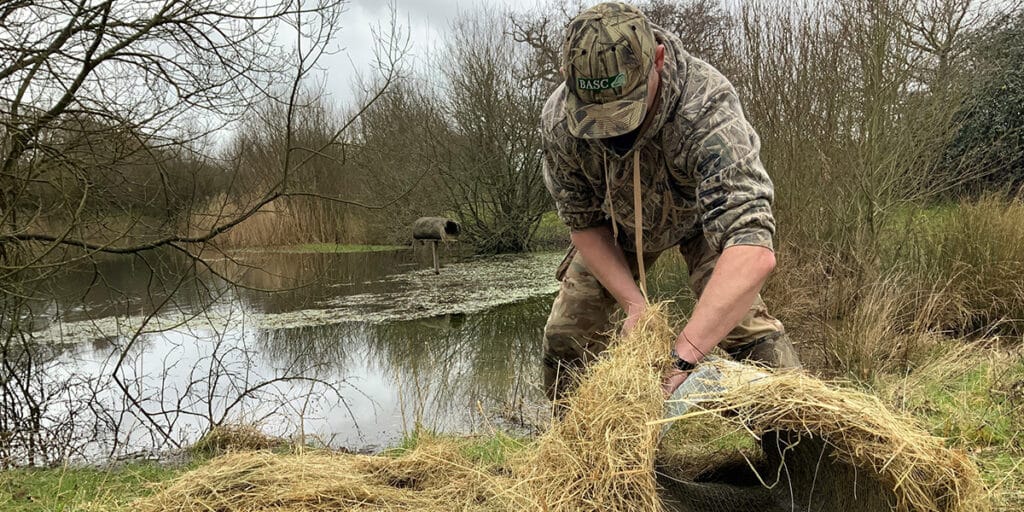 I continued trailing a little barley in the shallows every couple of weeks while trying to reduce the time spent at the pond to avoid disturbing any potential breeding ducks.

When you have put out duck nest tubes, you tend to take more notice of ducks on the pond. There’s now a vested interested in them at a time when most of us are turning our thoughts to other matters after a busy season. I found myself looking for any indication that the tubes might be being used and for signs of any predators visiting the pond.

At no point did I find evidence of the tubes being used and varying numbers of duck on the pond didn’t instil confidence. Sometimes there were plenty resting on the water. At other times there was nothing to be seen. I had heard that the tubes are often ignored in the first season, but it was still disappointing.

Come August, with little activity and the shooting season not far away, the duck nests went to the back of my mind.

Roll onto February and another season done, it was time to revisit the duck nest tubes to make sure that they were in a fit state for the subsequent breeding season.

I was now equipped with an easy to handle (and more importantly, stable) rowing boat. I checked the tubes to make sure they were still secure and replaced the hay inside. To my delight, I found broken eggshells inside two of our four tubes. Result!

So, despite not actually seeing ducks in the tubes, at least some of the nests had been used, and in the first year! 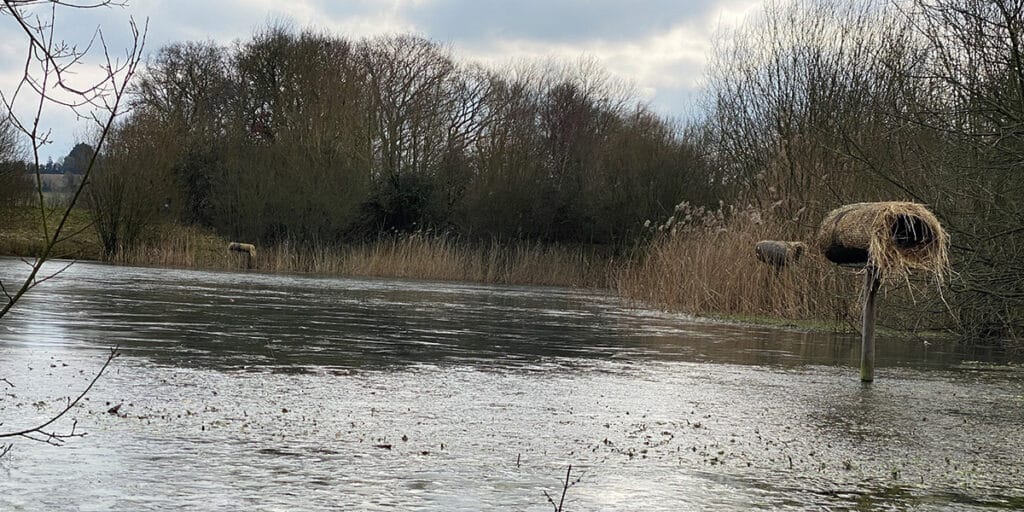 With the knowledge that the tubes had successfully produced broods, I stepped up the predator control. I used a Larsen trap (in accordance with the relevant general licence) around the pond and mink rafts on the water.

The following years have had their ups and downs. Abandoned clutches of mallard eggs being one of the most disappointing discoveries. These events make you question yourself. Was it my actions that disturbed them? Was there anything else I should have done?

But I have also seen tiny mallard chicks swimming around after mum. I am yet to see any leaving the tube though. That would be the icing on the cake.

One of the most exciting sights I witnessed while I was out feeding on a particularly warm February, was an otter trying to snatch one of the sunbathing teal from the bank. The teal lifted briefly one after the other, like a Mexican wave as the otter prowled close to the bank.

I have found that the tubes need a small amount of attention each year. A fresh handful of hay should be all that is required. At around the four to five-year mark they may need to be removed for more in-depth repairs.

Since the initial tubes were installed, I have added a couple more.

Well worth the effort

Despite the initial difficulties building and installing duck nest tubes, the rewards make the effort worthwhile.

Knowing that you are putting something back, the understanding that you gain and the sights that you see are all worth it.

Actively participating in conservation projects enthuses you to continue learning. I now know far more about where our waterfowl species migrate and breed for example. And what issues are affecting population changes.

It has also changed the way that we shoot ducks. Having a better insight into the number of resident ducks and their breeding habits means that we have moved away from flighting the pond to using it as drive on a shoot day. This means that we aren’t shooting it in September when there is a chance of immature mallard. We never take more than a handful at a time. On rare occasion we can see close to 300 wild duck, and sometimes none at all, depending on the conditions. This just adds to the excitement!

The later start also means that we are getting a far better birds for the table. Though they are always gone by the time I get to the game rack…! 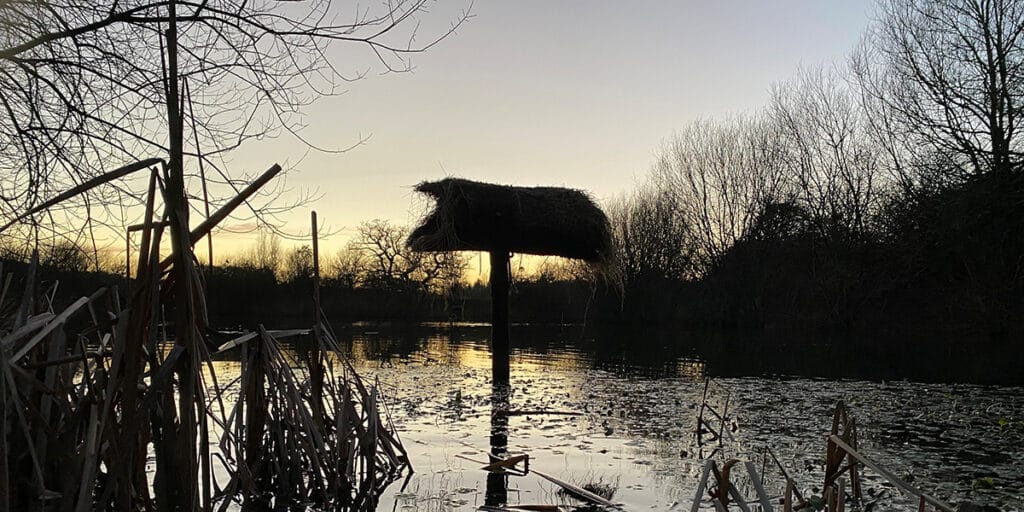 I will continue to maintain and install duck nest tubes and, most importantly, recording any useful data (how many broods there are, what works and what doesn’t, etc.). Evidence of our conservation efforts are increasingly necessary and learning from other’s mistakes is far better than learning from your own!

The Waterfowlers’ Network now has the capability to capture this data, which will be used to learn more about nest tubes and to provide important information about the great work that we are all doing. If you already have nest tubes, or are thinking about starting a project, please do record your results here.

As a community that is uniquely placed to make a difference, it is vital that we actively participate in conservation projects that bring real benefit. If you don’t have a pond, do you know someone who does? Even if it’s a school, college, or a local hospital. Putting a nest tube out on any viable water body is a fantastic thing to do. Wouldn’t it be great if we started a trend that saw duck nest tubes all over the country?