BASC has joined other rural organisations in issuing a statement on lead-free ammunition for live quarry shooting.

In consideration of wildlife, the environment and to ensure a market for the healthiest game products, at home and abroad, we wish to see an end to both lead and single-use plastics in ammunition used by those taking all live quarry with shotguns within five years.

We are jointly calling for our members to engage in this transition and work with us, the Gun Trade Association and the cartridge manufacturers to ensure that further viable alternatives are developed for every situation involving live quarry. This is an opportunity to take the initiative and ensure the reputation of the shooting community, as custodians of the countryside, is both maintained and enhanced.

What you need to know from a safety point of view.
Download 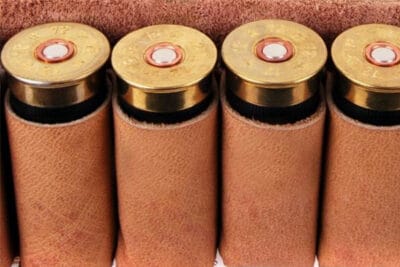 Read Alasdair Mitchell’s reflections on new research into lead vs steel in his Sharpshooter column from last week’s Shooting Times. 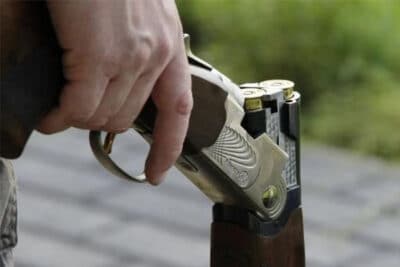 Lead vs steel – a question of lethality

BASC’s Peter Marshall summarises the findings of a new piece of research by Cranfield University into the pellet penetration of lead vs steel shot. 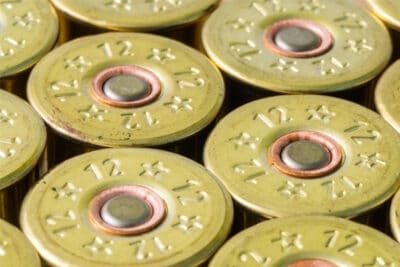 BASC’s Conor O’Gorman examines the Health and Safety Executive’s call for evidence in more depth and analyses what it means for shooting.

Recent technological developments have made non-lead shot more effective, more widely available and more affordable. Equally, biodegradable wads are now a possibility. These advances are continuing at pace and it is now time for the wider live quarry shooting community to join the wildfowlers, who have used non-lead alternatives successfully for the last twenty years.

In addition, there are over-burdening legislative changes coming down the line as a result of work being undertaken by the European Chemicals Agency (ECHA).

Despite Brexit, we are expecting that these regulations will be implemented in the UK either due to a requirement to sell lead free game into Europe, or by UK legislation.

What are the organisations calling for?

Collectively, we are calling for a phased transition away from the use of lead shot in shotgun shooting for all live quarry.

We are also calling for the end of single-use plastics in all shotgun ammunition.

We feel that both goals are achievable within a five-year time frame, allowing suitable time for the industry to respond with new product development and ensure adequate supply.

Why is using lead shot a problem?

Concerns around the use of lead shot limit the current market for game products, and retailers are increasingly asking for game that has been shot with non-lead alternatives. Additionally, lead has been progressively removed from other substances, such as petrol and paint.

There is growing concern about the damage lead shot causes to wildlife away from wetlands. The fact that non-lead alternatives of suitable quality are increasingly available means that we should transition towards them.

Where is your evidence?

Poisoning from lead gunshot: still a threat to wild waterbirds, 2013 – European Journal of Wildlife Research stating, “Our results indicate that lead poisoning has continued to affect a wide range of British waterbirds long after legal restrictions were introduced.”

A comparison of lead and steel shot loads for harvesting mourning doves stating, “Field analyses detected no difference in doves bagged per shot, wounded per shot, bagged per hit, or wounded per hit among the 3 ammunition types [Pb 7½ 32 g, Fe 7 28g and Fe 6 28 g] ”

What are the alternatives?

Alternatives include steel, bismuth and tungsten-based shots. These are available in a variety of shot sizes and calibres.

So do the alternatives all behave the same way?

No. Each metal behaves differently and those that shoot need to be aware of the differences. Simple patterning tests and practice on clays will help ensure that Guns identify which is best suited to their guns and their intended quarry.

This is a rumour from the very early days of steel shot development. Field trials comparing lead and steel shot have found no differences in a number of measures, including lethality and effectiveness at practical shooting ranges [1].

Can I fire steel shot through my shotgun?

Steel shot is classified as either standard or high performance. If your gun is nitro-proofed (i.e. it can fire modern lead loads) then it will be safe to fire standard performance steel. This is generally steel of size 4 or smaller.

High performance steel must be marked as such on the box, and should only be fired through guns bearing the fleur-de-lys proofmark, and usually with the words “STEEL SHOT” stamped on the barrel. If you have any doubt about your gun, seek the advice of an expert gunsmith.

I have an old gun and am worried about possible barrel damage.

Tests have found that standard performance 24g steel loads did not cause any damage in thin-walled game guns, even after a thousand shots [1]. However, if you are unable to use steel then your main alternative is bismuth, which is suitable for both muzzle-loading and Damascus-barrelled guns.

Bismuth does cost more than both lead and steel but, ultimately, this is all about choices and securing the future of sustainable shooting.

[1] – The Assessment of the Tolerance of Shotgun Chokes to Steel Shot – An Initial Study: Dr DF Allsop, Royal Military College of Science (1991).

I was told this will be the end of high bird shooting.

Recent developments in soft steel shotgun cartridges should provide alternatives to lead suitable for all normal game-shooting ranges. Such ammunition is safe in the modern guns that are generally used for high bird shooting.

What about steel ricochets?

All shot can ricochet. This is most likely to occur off rocks or other hard surfaces and, to a lesser extent, water and trees.

Am I more likely to damage a tooth on steel shot?

Caution should be taken when eating game, because any type of shot can damage teeth, including lead and bismuth. There is a chance of damage if you were to accidentally bite steel shot, but dentists in countries that have already phased out lead have not seen an increase in tooth damage due to biting shot since the transition.

Are American rules for shot ballistics different from the UK?

They are. Gun and cartridge manufactures must test to agreed standards. The USA standard allows for higher and faster loads than Europe.

Is anything being done to change this?

A CIP (the European organisation responsible for the safety testing of firearms and ammunition) working group, with UK representation, is studying the possibility of raising velocity and shot weight limits for steel to those set by SAAMI (the US equivalent to CIP), to increase performance. We are collectively lobbying to ensure priority for such changes.

Are new cartridges being developed?

Yes. We anticipate that, as interest and demand for non-lead shot grows, further developments in cartridge manufacture will rapidly meet any remaining needs. We are working closely with manufacturers, and lobbying for technical development grants from the government, to ensure that these advances continue apace.

What about those of us who use large lead shot for controlling foxes?

There are a number of excellent non-lead alternatives in use for coyote and fox shooting in the USA, said by many to work even better than lead. During the transition period, we will be working with cartridge manufacturers and importers to ensure these alternatives become available in the UK.

What should I be asking for at my local gun shop?

If you have checked with a gunsmith, and are confident that your gun is suitable, we suggest using steel shot going forward. Ask for shot two sizes larger than you currently use in lead (e.g. size 4 steel if you currently use size 6 in lead) and insist on biodegradable wads.

Are there some countries in Europe that have stopped using lead shot?

Yes. Denmark, the Netherlands and the Flemish region of Belgium.

How have these countries got on with the alternatives?

They have not reported any problems with the effectiveness. Indeed, in many cases steel shot has been found to pattern more successfully than lead and to have superior levels of penetration.

In 2014, Norway reintroduced lead shot for live quarry hunting outside wetlands after a lengthy campaign by the Norwegian Association of Hunters and Anglers. Their argument at the time described the lack of risk, away from wetlands, associated with the predominantly low-density type of shooting that takes place in Norway.

What do you mean by a phased transition?

The development of non-lead cartridges has been rapid and ongoing. However, there are still improvements to be made in availability and choice, especially for smaller-gauge guns. We are therefore phasing the transition over a five-year period to enable manufacturers to bring the products that are currently in development to market.

Are you asking people to stop using plastic cartridge cases?

No. There is now a huge market for recycled plastic and we are encouraging guns to support manufacturers’ efforts to produce plastic cartridges from recycled, rather than new, plastic. We are calling for an end to non-biodegradable plastic wads in shotgun cartridges, which are not routinely or effectively collected during live quarry shooting.

What about ammunition for rifle target shooting, including with muzzle loading and historic arms, clay shooting and live quarry rifle shooting (including pest control and large game shooting)?

Viable alternatives are being researched. Where lead ammunition is used in a contained environment, such as a range, or there is an absence of reasonable alternatives, we feel lead should continue to be used.