Two-year lead ammunition review - how far will it go?

BASC’s Dr Conor O’Gorman shares his thoughts on a public consultation set to launch in April centring around proposals to restrict the use of lead ammunition in England, Wales and Scotland.

Last year, a call for evidence on lead ammunition took place under the UK’s post-Brexit chemical regulations referred to as ‘UK REACH’ which covers England, Wales and Scotland (but not Northern Ireland, due to the NI Protocol).

The Health and Safety Executive (HSE) has been working with the Environment Agency to review the evidence submitted. This includes evidence on the uses of lead ammunition; risks to the environment, wildlife and human health; and the availability and viability of alternatives.

The HSE has been tasked as the ‘agency’ under UK REACH to produce a report that outlines the risks posed by lead ammunition. Where it believes those risks to be unacceptable, it has also been asked to propose restrictions to reduce those risks.

It is this ‘restriction dossier’ that is due to be published in April and will be subject to a six-month public consultation. The dossier will cover various uses of lead ammunition outdoors in England, Wales and Scotland.

It’s likely that the HSE will focus on the use of lead shot for live quarry shooting and game shooting in particular. This is due to the scale of use and the evidenced risks involved.

Two years ago, nine organisations announced a voluntary transition away from lead shot for live quarry shooting. That announcement paved the way for open discussion in the shooting community about moving away from lead shot, where warranted and feasible.

The evidence is clear – some uses of lead shot for live quarry shooting are having negative impacts; that is the assessment of the shooting community’s best scientists at the Game and Wildlife Conservation Trust.

The question is how far the HSE is prepared to go in its proposals to address these risks? In addition, how much of an impact could such restrictions cause in the short to medium-term for shooting?

Will the HSE take into account the five-year voluntary transition away from lead shot in live quarry shooting or will they seek to wield an unforgiving axe over game shooting in particular, despite the progress that has been made?

The joint statement two-years ago sent a clear signal to the ammunition manufacturers that there will be a growing market for non-lead alternatives. Since then, we have seen a diversity of new non-lead shot cartridges come to market and game shooters are being encouraged to try these out.

What does the research say?

At last year’s National Game Dealers Association’s AGM, members voted to commit to sourcing all feather and fur game as well as venison and wild boar from lead-free chains from 1 July 2022 onwards.

Last year, a consortium of academics with research interests in lead ammunition launched the SHOT-SWITCH project, funded by RSPB, Waitrose and Lincolnshire Game, to annually test wild-shot pheasants offered for sale across Britain to see if they had been shot using lead shot or non-lead alternatives. Based on two-years’ results they think progress is too slow, but BASC does not agree.

So, will the HSE propose a blanket-ban on lead shot for live quarry shooting or will it take a step-wise approach based on availability?

Whilst there are a growing number of non-lead shotgun cartridges available in 12 bore and 20 bore there are few options for 16 bore, 28 bore and .410. BASC highlighted this issue in its submission to last year’s call for evidence.

Worldwide, governments are reviewing the use of lead ammunition too. I think New Zealand is an interesting case study where phased restrictions have been introduced for live quarry shooting with the support of most hunters.

Restrictions have been phased in since 2004 and there are currently exemptions for .410 shotguns due to lack of alternatives to lead shot. Upland shooting also sits outside of the restrictions as research has shown that birds are not affected due to shot being so widely dispersed in that environment.

Here in the UK, restrictions on shotgun cartridges for live quarry shooting should only be implemented when where there are effective and affordable alternatives in sufficient volumes to meet demand. And, based on what the manufacturers are saying, this could take up to ten years, not least when one factors in non-plastic wads.

Other uses of lead ammunition

In our submission to last year’s call for evidence, we stated that lead ammunition should continue to be used in contained environments, such as a range, or where there is an absence of reasonable alternatives.

It’s difficult to know how risk-averse the HSE will be in its assessment. However, when the European Chemicals Agency (ECHA) published its ‘restriction dossier’ last year it stated that outdoor target shooting posed a risk to the environment (soil, surface water and – under certain circumstances – also ground water); wildlife such as birds, livestock, and human health.

ECHA found that non-lead alternatives for clay target shooting were effective and that the barriers for advancing with these were not technical. It was instead that they were imposed by the rules of the ISSF, FITASC and other organisations that require lead shot to be used and/or have not approved other shot material.

It’s unlikely that the HSE will come up with exactly the same findings as ECHA. This is because the ECHA restriction dossier has been subject to detailed critique by FACE, BASC and all the other shooting organisations across Europe.

Furthermore, the UK REACH process should consider risks in the context of England, Wales and Scotland only because our shooting activities and the habitats they take place in are quite different to those found across most of mainland Europe. 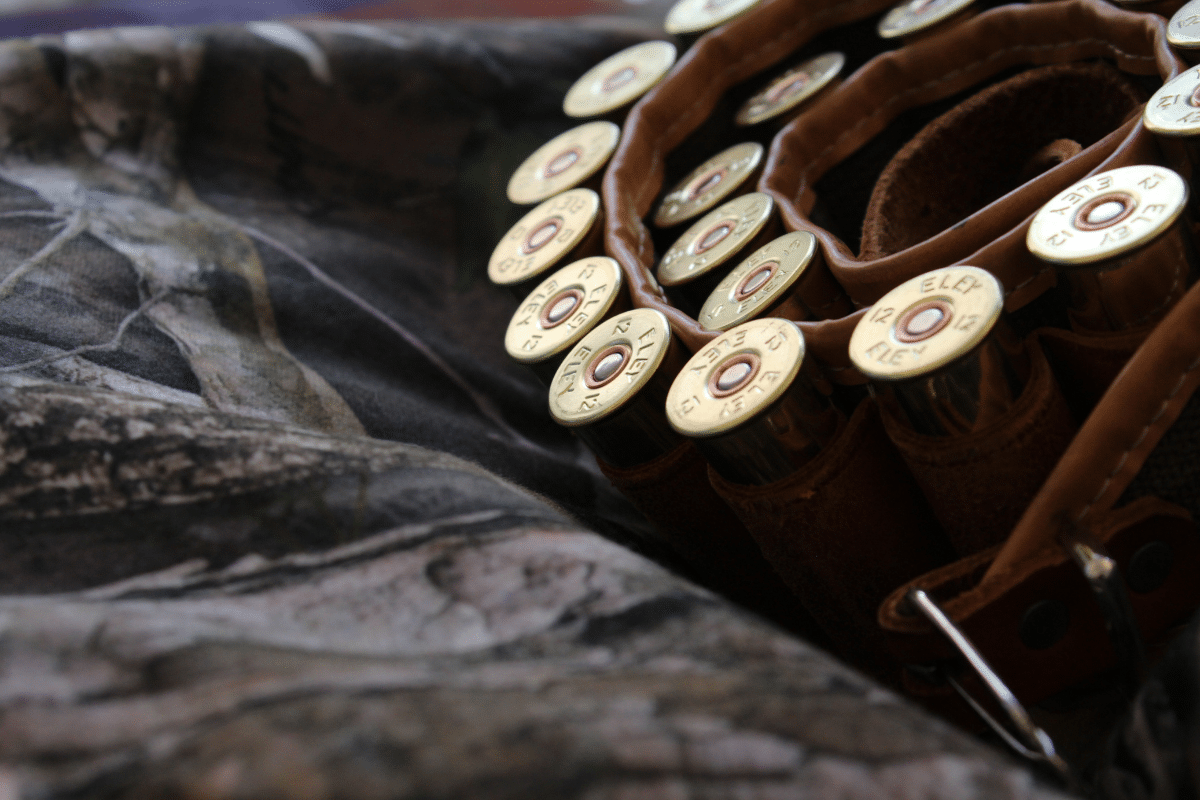 What is BASC doing?

In our submission to last year’s call for evidence we detailed the issues around availability and viability of non-lead alternatives for airgun pellets and various types of shotgun and rifle ammunition.

We explained that non-lead alternatives for rifle calibres larger than 6.5mm are technically viable for the shooting of live quarry.

We detailed the issues with rifle calibres smaller than 6.5mm, where maintaining sufficient down-range energy requires larger bullets travelling at higher speeds. This can lead to destabilisation and resulting loss of accuracy – a critical element when we are trying to humanely dispatch live quarry.

We pointed out that there are currently no subsonic alternatives to lead rimfire ammunition; and that this form of ammunition is predominantly utilised for the hunting of small game species – usually in the control of mammalian pests such as rabbits and rats – where minimising disturbance of quarry through noise, improves the efficiency and efficacy of culling practices.

Whatever the specific detail is for the evidence and restriction proposals, further restrictions on lead ammunition must not result in a reduction in people participating in shooting due to a lack of ammunition for their guns and shooting disciplines.

Working closely with other organisations, we will ensure that the needs of both live quarry and target shooting interests are considered, and we will oppose one-size-fits-all restrictions.

We will carefully review the evidence and restriction proposals due to be published in April. I hope that many of you will get involved in this very important consultation.

What do you think? Click here to email Conor your feedback.