Judicial review: why is BASC registering as an interested party?

Since Wild Justice’s inception a year ago, the words judicial review have been batted about on a regular basis. Spurred on by publicly-funded legal fees and publicity exercises they have manufactured a programme of attacking public bodies with limited liabilities, with a particular focus on shooting.

As a result, BASC, along with other shooting organisations, has started up a new operation of defending shooting against knee-jerk decisions from public bodies. But, what does it all mean?

What is a judicial review?

The courts and judiciary website give a very clear definition.

“Judicial review is a type of court proceeding in which a judge reviews the lawfulness of a decision or action made by a public body. In other words, judicial reviews are a challenge to the way in which a decision has been made, rather than the rights and wrongs of the conclusion reached.

“It is not really concerned with the conclusions of that process and whether those were ‘right’, as long as the right procedures have been followed. The court will not substitute what it thinks is the ‘correct’ decision.

“This may mean that the public body will be able to make the same decision again, so long as it does so in a lawful way.”

It is therefore a means of questioning the lawfulness of decisions made by public bodies, such as Defra and Natural England. In the case of game bird releasing, Wild Justice is claiming that Defra acted unlawfully in failing to implement the Habitats Directive to the release of game birds for sporting shooting in the summer of 2020.

Are all judicial reviews heard?

The simple answer is no. The first stage of an application for a judicial review involves a judge deciding whether there is a legitimate point of law to examine before then permitting the hearing to go ahead.

The test for granting permission is whether the judge thinks the claim is arguable and has a chance of succeeding.

If the judge does not think the claim is arguable, the judicial review will be refused permission to proceed. If permission is refused, the judge may also certify the claim as being “totally without merit”.

Where a judge or tribunal has refused permission on the papers and considers the claim to be “totally without merit”, then the claim will have failed.

In 2018, there were 3,600 applications for judicial review of which 305 were found to be “totally without merit”. The statistics show that at the end of 2018, 2,400 reached the permission stage and of these 640 were granted permission to proceed, and 1,800 were refused at the permission stage.

While the statistics look to be in shooting’s favour, it will come down to the arguments put forward by Wild Justice and Defra. However, and just as importantly, as this is public law, BASC can register as an interested party and put forward arguments on behalf of shooting.

An interested party is defined as anyone “directly affected” by the claim. In practice, this is normally individuals or organisations e.g. BASC who have an interest in the outcome of the decision. This is done by supporting and supplementing the arguments and evidence put forward by the defendant e.g. Defra.

Most recently, BASC applied alongside the Countryside Alliance, National Gamekeepers’ Organisation and Game Farmers’ Association to become interested parties to the Wild Justice judicial review on releasing gamebirds over and near to designated sites.

Once the registration process is completed, we can actively engage with the legal argument to defend game bird releasing.

Once registered as an interested party, we can act immediately, we can review all the court papers and arguments put forward by Wild Justice and countered by Defra. Without being registered as an interested party, these would remain confidential to those involved in the case. Legal papers cannot be published in the public domain but having access will provide BASC legal team and experts with the best possible knowledge to defend shooting.

This enables us to brief our solicitors and the QC and take advice on the best course of action.

Should permission be granted for the judicial review to proceed, as an interested party BASC can further file its detailed grounds for supporting or opposing the claim, together with any additional evidence.

BASC as an interested party is entitled to participate fully in the judicial review through our instructed counsel (solicitors and QC).

A judicial review is costly and registering as an interested party can be too. However, they are a necessary expenditure when the future of sustainable shooting is under threat.

In the case of Wild Justice’s judicial review against Defra, we will be writing more about the case and the potential implications in due course. 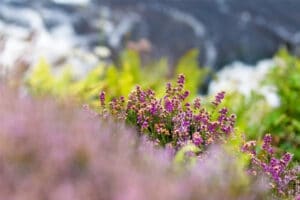 Attacks on shooting in the courts by Wild Justice are more about convenience then true environmentalism, argues BASC’s Dr Marnie Lovejoy. 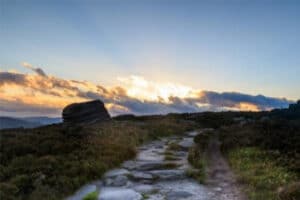 Leading rural organisations have welcomed the decision to refuse Wild Justice permission for a judicial review on “burning” in England for a second time. 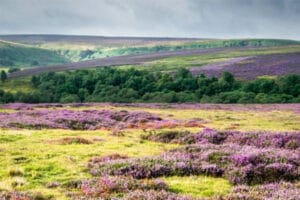 Wild Justice’s attempt to judicial review Defra’s most recent burning legislation in England has been dismissed in the High Court.