"It's not just a victory for shooting" 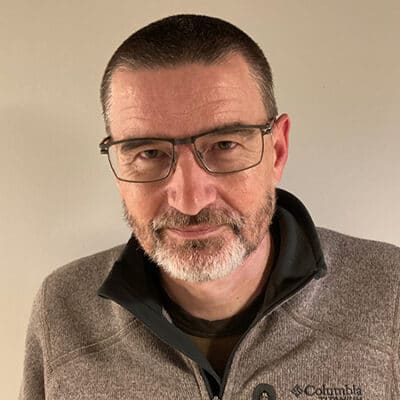 Martin graduated in Biochemistry from University of London. Having joined the Forensic Science Service as a forensic firearms expert in 1987, he moved to become forensic science instructor at the UK’s National Training Centre in 1995. Martin was appointed by Cumbria Constabulary as scientific support manager in 2000, before being seconded to the DNA unit at Interpol in Lyon in 2006. Following this, he was appointed as chief scientist at the National Ballistics Intelligence Service (NABIS) where he remained until joining BASC in May 2021.

The government’s decision to drop the proposal to restrict the use of airguns for under-18s is not only a victory for shooting, but also for evidence-based decision making, as BASC’s head of firearms Martin Parker discusses.

The government’s response to the Firearms Safety consultation stated they had considered the proposal to restrict the use of airguns by 14-17 year olds,  but given the majority of respondents opposed it, and “on balance”, decided not to proceed with it.

The decision was made alongside a written statement on issues that the government will move forward with including strengthening security requirements to mitigate the risk of theft of High muzzle Energy rifles, helping to safeguard young people against the misuse of air weapons, tightening the control of miniature rifle ranges and tackling the unlawful manufacture of ammunition.

All of these actions have the support of BASC as being proportionate, and evidence-based.

BASC launched a public campaign against the age restriction proposal soon after it was first published in the consultation back in November 2020. In our comments we said:

“There is no body of evidence to justify removing the exception and if the proposal is successful, it will have serious ramifications for the wider shooting community.”

The campaign drew the support of further organisations that would have seen their members impacted by the proposal. The British Sports Shooting Council (BSSC), British Shooting and the National Federation of Young Farmers’ Clubs backed our campaign.

Politically, BASC raised our significant concerns with the then minister responsible, Kit Malthouse MP, and with the All Party Parliamentary Group (APPG) for Shooting and Conservation. Sir Geoffrey Clifton-Brown MP, Chairman of the APPG and Jonathan Djanogly MP, Chairman of BSSC, were critical to the success of the campaign, securing meetings with Ministers, writing to them on the issue and speaking to them in parliament.

In trying to manage the risk to public safety, the Home Office had put forward a proposal that would restrict youngsters learn about shooting in a safe environment. Unsurprisingly, the proposal generated a strong reaction from our members. A large proportion of the shooting community would have started their journey into the sport at a young age in their backyard or in a farmyard.

As such the consultation response showed 80 per cent of the 12,640 respondents disagreed or strongly disagreed with the proposal. A big thank you to all who took the time to respond to the consultation and contact their local MPs on the topic. It clearly had an impact on the result.

In its response, the government recognised the proposal would impact on the ability of youngsters to undertake pest control on farms, and how it would disadvantage trainee gamekeepers.

The government also highlighted our concerns that airguns are a vital introduction to shooting helping to provoke a sense of responsibility in young people.

The threat of age-restrictions on the use of airguns is not over yet. The government has quite clearly stated they will keep the issue under review, and with the backing of a minority group of MPs this proposal will return at some point in the future.

Going forward, our view is that without the provision of evidence to the contrary, a parent or guardian is best placed to determine whether their offspring is sufficiently responsible to be allowed unsupervised use of an airgun in a private setting.

We will continue to fight to help young people to have accessible routes into shooting, of which airgun use is a vital one.

On the back of this campaign victory, BASC will begin work looking at the other issues raised in the government’s response.