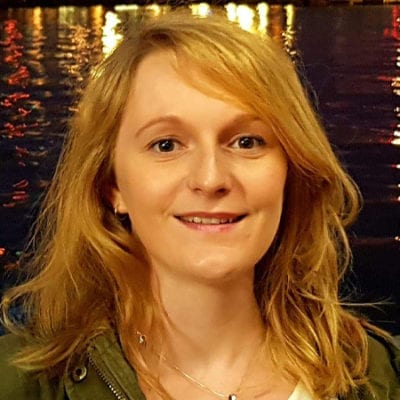 Are non-native species dangerous invaders or simply examples of evolution in action?

We’ve all heard terrifying stories about invasive, destructive species having a negative impact on our native flora and fauna.

Well known examples in the UK include grey squirrels, quagga mussels and ring-necked parakeets. More alarmingly, the Asian hornet colonised France and has now been spotted in the UK posing a serious risk to us all. In addition to its potentially deadly sting, it attacks honeybees. These bees have no way to defend themselves against this invader and population numbers will fall.

On a more positive note, not all invasive species are bad. We have recently gained a new species of bumblebee – the tree bumblebee. Nobody can say that its decision to expand its territory is damaging in any way – quite the opposite. These bumblebees seem particularly keen to build their nests in bird boxes and are already common throughout the country, even though they only arrived around 2001.

The good, the bad and the ugly

Generally, it is human activity that allows these invaders, in one way or another, to colonise new parts of the world. However, there are also species who have expanded their realm without our help. So, we should ask ourselves, where does invasion stop and evolution start?

As ever, opinions vary. Some might look at all the species suddenly appearing out of their natural environment with dread, thinking they’re doing so because of the impact humanity has on the planet. However, you might consider species migrating, adapting and surviving in new parts of the world as a matter of evolution.

Looking back at the history of our planet, these changes seem quite normal. Species extinction is also something that occurs naturally, but there is no doubt that humans are responsible for the disappearance of many plants and creatures in recent times. We should fix what was broken by us, learn from our mistakes and never repeat them.

We know that species such as grey squirrel, sika deer or American mink cause enormous problems – introducing disease, crossbreeding with our native species or predating on indigenous species that are incapable of escaping them. It is our duty to correct such errors, however difficult and impossible it might seem.

There are many stories of successful eradications. Coypu, once a menace in the Fens, have been successfully removed from the UK.

Another project, admittedly not so high profile, began in 2006 to eradicate tree mallow. This is a plant which impacted the breeding of puffins on the islands of Fidra and Craigleith in Scotland.

There are many more examples of success around the world – New Zealand getting rid of all the rats on 40 of its islands by 1990 is a classic example.

New Zealand is also working on a new and ambitious plan to rid itself of all mammalian invaders (excluding humans) that are currently destroying the native wildlife. They hope to eradicate all remaining invasive rats, short-tailed weasels and possums by 2050. The whole world will be watching because if this project is a success, there is hope for other nations.

Most would probably agree that invasive, non-native species should be eradicated whenever possible, simply to restore the balance of ecosystems they impact. But what should we do with those species conquering new territories all by themselves?

Off the beaten path

Some migratory birds have already changed their travel routes. Sometimes this leads to the species splitting into different strands (for example blackcaps). Others decide not to migrate at all.

There are also birds moving to new territories, to places they were never seen before. A good example is the little egret which is slowly colonising the UK, an area previously thought too cold for it to survive.

There are also other species adapting to colder temperatures and a prime example is the European wasp spider. Formerly found in warm Mediterranean regions, it gradually started moving to eastern Europe during the late 1930s. Now, it is already widespread throughout most of Europe. Climate change is undoubtedly a factor in many of these expansions.

Changing territories is not exclusive to birds and insects though. Some mammals also seem to be on the move. For instance, the golden jackal originally spotted in the Middle East and India has now been spotted in Europe.

Many wonder whether mammals such as these should be treated as invasive species. Should they be eliminated before they get too comfortable?

However, the term ‘alien species’ only covers animals introduced by man which are outside their regular range. For example, raccoons or muntjac in the UK. This interpretation has been agreed upon by various international legal bodies, such as the Bern Convention on the Conservation of European Wildlife and Natural Habitats.

Looking at current EU legal obligations, under the Bern Convention and the EU Habitats Directive, any species migrating of its own accord is protected. To control such species, one needs to have a good reason.

A regulation in 2015 on Invasive Alien Species (IAS) in the EU is now taking effect. Because of it, concerted, consistent action on IAS is starting to take place. Hopefully, this will help lower the risk of new introductions and their spread.

And finally, a study by Dr Arie Trouwborst, an associate professor in the Department of European and International Public Law at the Tilburg University, Netherlands, on golden jackals concluded that the above laws could protect all species naturally expanding or changing their historic ranges.

This leaves a question – which species should we welcome and which ones we should eradicate. And, more importantly, what reasons should we consider before taking action?