Help us protect the mallard

The time for reporting on the use of duck nest tubes is almost upon us and your help with recording information is vitally important, as Kiri Thompson explains…

BASC and the Waterfowlers' Network

The Waterfowlers’ Network was established in 2019, with the aim of making the world a better place for birds and waterfowlers alike, through ‘improving data collection, restoring habitats, and actively engaging in sustainable management of waterbirds’.

As well as the Duck Nest Monitoring Project, BASC has also been working in partnership with the Waterfowlers’ Network on Project Penelope, an international project aiming to track Eurasian wigeon.

By being a member of the network, we can reach a larger amount of people, run projects on a larger scale, and increase the amount of data collected. We can also gather more information on what is happening with migratory species, such as mallard, and the pressures they face across Europe.

Provide mallard, and other waterfowl species, with safe spaces to nest

According to the British Trust for Ornithology (BTO), mallard winter populations have been in decline since around the late 1980s, causing them to be moved from green to amber on the UK Birds of Conservation Concern Red List.

Mallard come under particular pressure during their breeding season. As ground-nesting birds they are vulnerable to predation and other disturbances e.g., dog walkers.

This is where nesting tubes can help, providing mallard with nesting places that are safe from predators and where disturbance can be reduced. The potential of nest tubes as an assistance to mallard underpins our ask to UK shooters and landowners make and place them on their land.

Collect data on the effectiveness of duck nest tubes

To establish the effectiveness of using artificial nest structures, such as duck tubes, we need to collect data on the species that are using them and whether they have been successful. This is where the online data recording form on the Waterfowlers’ Network’s website comes in.

Recording your information provides us with crucial data, including what species are using the nests, whether habitat type plays a role, and whether site management (eg predator control) has an impact.

This data will allow us to make more effective choices in the future when thinking about how to better conserve mallard and other waterfowl species. The collected data will also help strengthen our position when we speak about conservation and the role the shooting community plays.

You may have seen the term artificial duck nest structures to describe duck nest tubes.

We use this collective term as there are other nesting structures that can be used to help mallard and other waterfowl species.

In the UK we suggest using duck tubes, but nest baskets, shelters and nest boxes can all be used to help waterfowl. 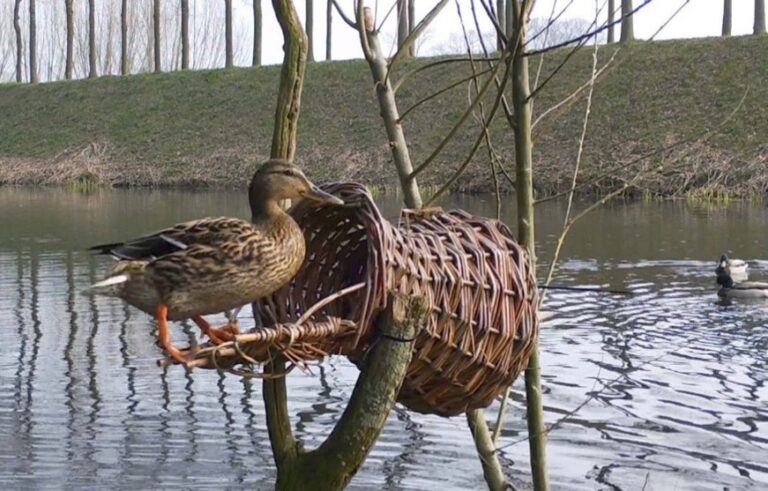 Your help is vital

The Waterfowlers’ Network recognises the importance the shooting community plays in conservation both in the UK and abroad. Having BASC and other hunting and shooting organisations as partners ensures shooters are given fair representation and that the projects have a tangible benefit for sustainable shooting.

The Duck Nest Monitoring Project directly aims to help mallard and other waterfowl to maintain stable populations. In recent years, shooting has come under many pressures, and if mallard continue to decline then we could see restrictions placed on this species. It is also our duty to help declining species to ensure they remain for the next generation.

All data submitted is also covered by a private policy ensuring any personal details recorded are fully protected as per General Data Protection Regulations (GDPR).

If you don’t yet have duck nest tubes on your land, they are a simple and rewarding way to get involved with conservation. Duck nest tubes can be made relatively cheaply and easily and once installed do not need much maintenance.

All ages can get involved (BASC Young Shots Ambassadors had good fun making and installing nests as their blogs prove, see here and here).

Shooters already do a great job in conservation, with an estimated £250 million spent on conservation by shoot providers every year. The Duck Nest Monitoring Project is just one way we can continue this essential work.

The project is supported by BASC Legacy funding. Click here to find out more about BASC legacies.