The wildlife on moorland managed for grouse shooting

Heather moorland managed for grouse shooting is home to an abundance of wildlife thanks to the hard work and dedication of skilled gamekeepers.

From threatened, red-listed species such as curlew, merlin, ring ouzel and lapwing, to specialist plant species including sphagnum mosses, cross-leaved heath and bilberry, a rich array of species prosper in the conditions created by habitat and wildlife management – much of which is privately funded.

A rich array of species thrive on moorland managed for grouse

Let’s take a closer look at the abundance of wildlife species that flourish on grouse moors in the UK. 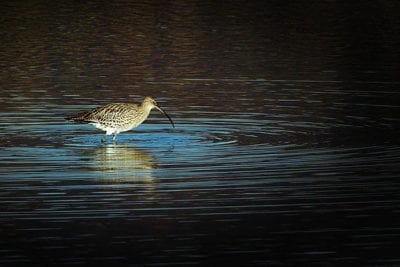 Curlew
Often described as the UK’s most threatened bird species, we have seen nearly a 50 per cent reduction of breeding curlews in the UK over the past 25 years. The UK is home to around 25 per cent of the world’s breeding curlews annually.

The curlew needs a mosaic of vegetation and wet areas in which to nest and forage, and an open landscape so that it can easily spot predators.

Click here to read more about the curlew and what you can do to help them.

We also have a fun quiz full of curlew facts. Click here to have a go. 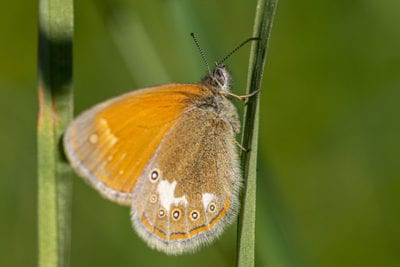 Large heath butterfly
This butterfly has declined significantly in England and Wales, but it is still widespread in Scotland and some parts of Ireland.

Re-wetting projects on grouse moors are very beneficial for the large heath butterfly.

The blocking up of drains and avoidance of overgrazing by livestock creates optimal conditions for the growth of hare’s-tail cottongrass and cross-leaved heath – two plants that they, and many other species, rely on. 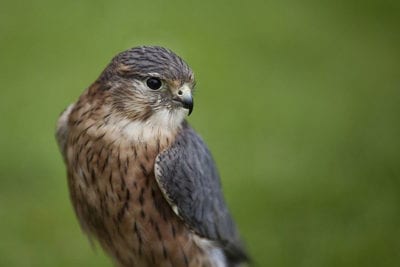 Merlin
A ‘red-listed’ species in the UK, the merlin is one of many birds of prey that benefit from grouse moor management. This fierce little hunter was previously affected by now-banned pesticides and egg collectors which hit the population hard in the early 1960s.

Grouse moors have played a key role in the bird’s recovery, enabling a 94 per cent increase in numbers since the 1980s.

Being ground-nesters, merlins thrive in areas where their natural predators (think foxes, stoats, etc.) are managed by gamekeepers.

Gamekeepers maintain a diverse range of habitats which provide suitable nesting areas for the merlin, and plenty of food such as small birds, insects and voles.

Click here to read our blog, Merlin, the little wizard on our grouse moors.

Species of the moor

There are four different species of grouse in the UK. Without moorland managed for grouse shooting, certain plants on the moors would not survive.

The shooting season for red grouse starts on the Glorious Twelfth and finishes on 10 December.

There are a number of gamebirds, waterfowl (ducks, geese and waders) and other bird species, as well as mammals, which can be shot legally. For many there is a close season when it is illegal to shoot them, and this helps to ensure that they are able to breed successfully and move between breeding and wintering grounds.

The bird quarry species and their open seasons in England, Wales, Scotland, Northern Ireland, the Isle of Man and the Channel Islands can be found here.