Gamebird release on and around European Protected Sites in England 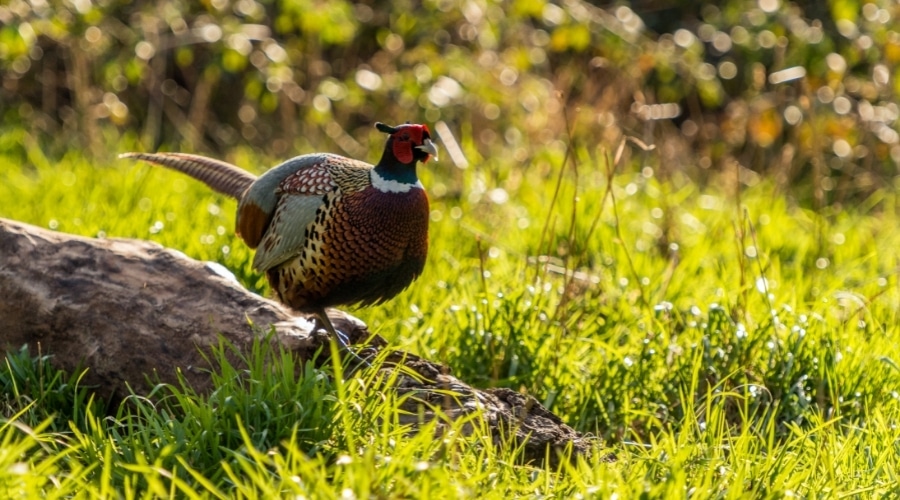 A Defra-led review into gamebird release was launched in September 2019 following a legal challenge. A BASC and Natural England report relating to gamebird release, which was already underway was of significant importance to this review.

Wild Justice claimed the Government was in breach of the law by allowing the release of gamebirds on or around European Protected Sites if it had not conducted assessments to show that there would be no risk of damage to these sites.

Wild Justice asked the Environment Secretary to halt the release of pheasants and red-legged partridges on these sites and surrounding land within 5km. They issued a legal challenge which was withdrawn and subsequently described as unsuccessful following the Environment Secretary’s proposal to introduce an interim licensing regime whilst additional information was gathered, and assessments made.

In February the Government launched a consultation regarding its plans to introduce interim licensing measures for the release of pheasants and red legged partridges on or near European protected sites in England.

Following the consultation, the Government has now introduced its interim licensing regime for the release of common pheasant and red-legged partridge within European protected sites and a 500m buffer zone around these sites in England.  These came into effect from 31 May 2021.

Natural England is offering an online advice service to help shoot managers and gamekeepers decide whether they can operate under the conditions of the general licence or will require an individual licence for the release of gamebirds. The advice service is available here.

In order to keep improving the provision, Natural England is asking anyone who uses the advice service to provide feedback on their experience. You can do this by clicking the link here.

Gamebird release on and around European Protected Sites in England – FAQ

The Government are amending the Wildlife and Countryside Act 1981 by a statutory instrument which will make it illegal to release common pheasants and red legged partridges on or within 500m of European Protected Sites in England, for a fixed time period. However, alongside this prohibition there will be a licensing regime including a general licence which will allow their release in accordance with its conditions.

Which protected sites are we talking about?

It is not all protected sites, just those which were designated of European importance (this criterion remains post Brexit). They are called Special Protection Areas (SPAs), which are for birds, and Special Areas for Conservation (SACs), which cover habitats and other animals. They cover around 5% of England.

What are the specific rules?

The general licence contains relevant information such as the legal basis and who can or cannot use it. There are also specific rules and conditions. These include limits on the number of birds which can be released and a reporting function for any release of more than 50 birds along with details of any consents (required for the protected site itself) within one month of the release taking place. The system of reporting will be in place by 31st May 2021.

Where can I find out if my shoot will be affected by this interim regime?

There is advice on the BASC website here which includes an updated mapping tool so you can easily find specific sites and designations. You can also find a map of these sites from a link on the general licence itself.

Additionally, for red-legged partridge, release pens must be sited in cover crops, on arable land or on improved grassland and not in semi-natural or unimproved habitats.

In the buffer zone the release figures are a maximum of 1,000 pheasants per hectare of release pen and maximum for red-legged partridges of no more than 1,000 birds per hectare of land they inhabit. There is also a condition that ‘Any activity in the buffer zone must not encourage the released birds to inhabit or occupy an adjacent European site…’.

Further in relation to both the European sites and buffer zones there are requirements that any release including single, or trickle releases does not exceed these limits. There is also wording stating that when birds are ‘…shot or killed, you must not release further birds where this would exceed the allowed limit’.

This does not mean that the Government are encouraging individuals to release additional birds once some have been shot (or topping up as it is sometimes called), it is to clarify the maximum number which can be released under the general licence. BASC and other organisations are absolutely opposed to any such activity and it is one of the five golden rules in the Code of Good Shooting Practice  that ‘Birds must never be released to replenish or replace any birds already released and shot in that season’.

What if I wish to act outside the conditions set in the general licence?

Where an individual needs to undertake activity outside of that authorised by the general licence, then they can apply to Natural England for an individual licence. This individual licence application cannot be completed until the necessary legislative process is passed and comes into force on 31st May 2021.

Natural England have developed a pre-application service to check if you may need an individual licence.

What are these densities based on?

There is reference to consents in the general licence, what are these?

The issue of consents is one which owners and occupiers of land where there is a Site of Special Scientific Interest (SSSI) will be familiar with.

In practice all European Protected Sites (EPS) also have national designation as well, so are also designated as SSSIs. However, the reverse is not correct i.e. not all SSSI are EPS.

Each SSSI has a specific designation, and these can require owners and occupiers to gain consent from Natural England to carry out activities which would otherwise be legal. This could include aspects such as driving a vehicle, cutting vegetation or in the case of shooting the release of gamebirds or even putting out feed.

Where necessary anyone relying upon a licence to release gamebirds on such a SSSI, must also have the necessary consent in place. These consents can vary in how they are worded but if anyone is uncertain on this aspect, they should contact Natural England or members can contact BASC for advice.

It is important to remember consent is not needed for activity in the buffer zones. And that the licensing regime applies to all European Protected Sites but not all SSSIs.

When does this new licensing regime come into effect, and what is meant by interim?

The relevant legislation and licence requirement will come into effect on 31st May 2021.

The reason the license is only interim is because of lobbying by BASC and others. The primary reason for a licence is because many of the EPSs have not been assessed. The licence covers the government whilst the assessments are taking place. Setting a sunset clause on the legislation means the government have ben set a deadline.

Therefore, this legislation will cease to exist in 4 years’ time on 30th May 2025.

There is a further requirement that before 30th May 2024, the Secretary of State must carry out a review on the progress, and in line with Defra’s approach the general licence itself will be renewed annually.

What about release outside of these areas?

Release outside of these sites is not affected by this new legislation although it is important to note that you must comply with other applicable legal requirements such as completing the poultry register, and caring for the gamebirds in line with welfare legislation and SSSI rules.

It is also important that as well as complying with the law both in relation to this interim licensing regime and wider, we should also comply with established best practice to ensure sustainable shooting as laid out in the Code of Good Shooting Practice and the relevant sector codes of practice.

Where can I get further advice?

Additional advice is available for any BASC member, who should initially contact their regional centre for assistance. Alternatively anyone with a query can also contact gamebirds@naturalengland.org.uk which is Natural England’s single point of contact for all gamebird-related queries.