From the front line 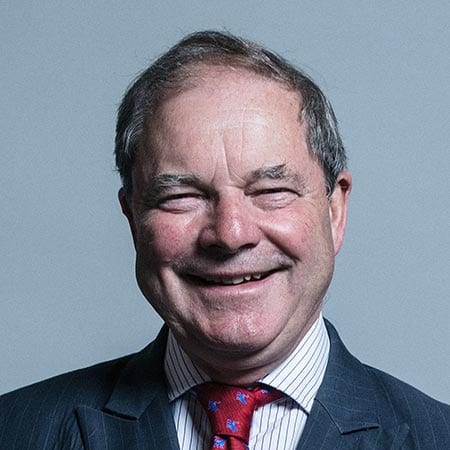 Sir Geoffrey Clifton-Brown MP, chairman of the All Party Parliamentary Group on Shooting and Conservation, provides an insight into his work in Westminster and shares his views on what the shooting community must do to ensure a sustainable future.

*This is a shortened version of a full interview published in the May/June 2020 issue of Shooting & Conservation magazine, p30-32.

How well represented are field sports in Westminster?

Reasonably well – we have a pretty strong group of supporters – but then BASC (who act as my secretariat) and I work very hard at it. It’s very much a case of ‘you only get out what you put in’. We are constantly updating ministers, seeking their views and working with them and others to secure favourable outcomes to all manner of issues. Behind the scenes we’re doing our best to get more MPs involved in promoting the cause. And it’s not all about serious meetings; in the past we have hosted a number of game dinners and even a Commons vs Lords clay shoot!

What does your role as chairman of the All Party Parliamentary Group on Shooting and Conservation entail?

There are 300-400 All Party Parliamentary Groups (APPGs), some of which – roughly ten per cent – are far more active than others. The APPG on Shooting and Conservation would definitely be classed as an active group. We hold a regular series of meetings on pressing political issues, all of which are attended by at least a dozen or more peers or MPs. We always have very professional speakers and take accurate minutes. For example, in a meeting earlier this year we welcomed Eley, the cartridge manufacturer, to Westminster to discuss the viability of alternatives to lead shot.

I work very closely with BASC. We are in touch on an almost daily basis because there are constantly things going on – work behind the scenes in Parliament – some of which your readers may not be aware of. We may be discussing

a ministerial meeting, a debate or a new policy. One initiative I am currently working on with the British Game Alliance is the possibility of selling more game into large government institutions like the NHS and the Ministry of Defence.

Of course, we have been extremely busy over the past 12 months. The shooting community is probably facing more challenges now than it ever has. These include medical verification for firearms certificates, general licences, lead shot, and game bird release near designated sites, to name a few.

How do you think politicians view the recent joint statement by the shooting and countryside organisations calling for a voluntary transition away from lead shot over the next five years?

The move was widely welcomed. Indeed, a front-foot approach is looked upon favourably in Westminster.

It was interesting to see the reaction of the wider shooting community to the statement. We have a range of people involved in shooting in the UK, many of whom do not see the pressures that those opposed to shooting are constantly raising. If, like me, you are at the front line, having to deal with issues on a daily basis, you can see what needs to be done to try to resolve them. It is not sustainable to continue using lead shot in the long term; if we can find a way of continuing without it, that has to be the way forward.

Of course, most people were so fixated with lead that they paid little attention to the other half of the statement which was the move away from single-use plastics, and that is just as important environmentally.

Does such a move reduce the likelihood of more stringent measures being implemented sooner?

It will have bought us time, yes. Taking the initiative and demonstrating that as a community you can self-regulate generally does. However, as with any positive step, statement or initiative that aims to safeguard the future of shooting, it will only help if the shooting industry as a whole conforms to The Code of Good Shooting Practice. I cannot stress enough how much more difficult it is to defend and promote sustainable shooting when news stories of activities like burying shot game arise. It can undermine months of hard work and positive progress.

In your opinion, what are the key factors the shooting community must be mindful of to ensure the long-term health and sustainability of shooting sports in the UK?

If the shooting community adheres to The Code of Good Shooting Practice and behaves responsibly, that will go a long way to ensure the sport continues. We will work hard to promote the best image we can, but ultimately we are reliant on those who shoot to behave properly.

A single article in the mainstream press about illegal activity or bad practice can be very damaging. The next morning, emails flood the inboxes of Members of Parliament, and if those MPs are not so well disposed towards shooting as I am, they start to think that some sort of restriction or ban may be necessary.

The other thing to stress is that all shooting activities need to work together. Over the years I have worked to protect many niche interests in order to prevent a precedent being set that would, further down the line, impact mainstream shooting interests. Our work on the Offensive Weapons Bill is just one example. The consultation on air rifles is another; just think about how many people are introduced to shooting in general through air rifle shooting. Many shooting disciplines are interlinked in ways that might not seem obvious at first glance. A classic example of this was some time ago when the government banned certain types of pistols that we used in Olympic sports.