Extremists will never do the decent thing

In his rush to catch the back of the latest anti-shooting bandwagon, it appears Mark Avery didn’t pick his words quite as carefully as he could have done.

In a blog that references the appalling behaviour of anti-shooting extremists who targeted hard-working, well-intentioned staff at Derby Museum, Mr Avery said a backlash was “not from animal rights activists but from decent people.”

You don’t have to read too far down the comments thread to see that Mr Avery has attracted the opprobrium of some of his own constituents. To paraphrase their argument, extremists can apparently also be decent.

It’s difficult to understand why those who follow Mr Avery’s blog have prostrated themselves so readily to defend the honour of animal rights activists – in this case Derby Hunt Sabs. Perhaps it’s simply a sign of how much positions have become so entrenched that people will defend a side no matter how far it deflects their normal moral compass. 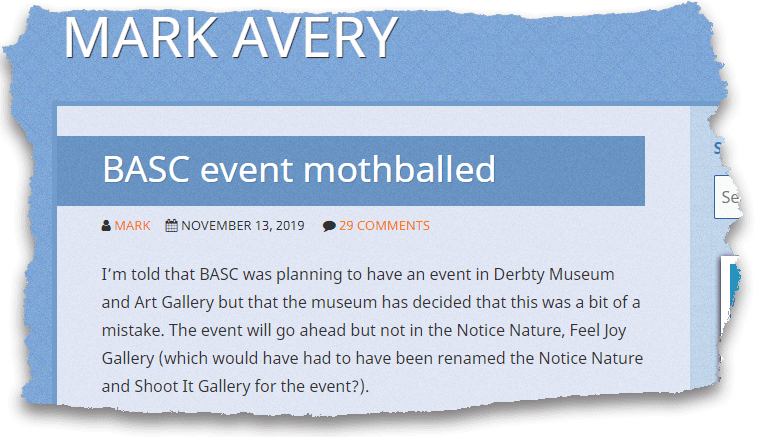 We’ll leave Mr Avery to dig his own way out of this particular hole; but the rest of his blog was useful for again drawing attention to the guerrilla tactics of those who wish to see an end to shooting. 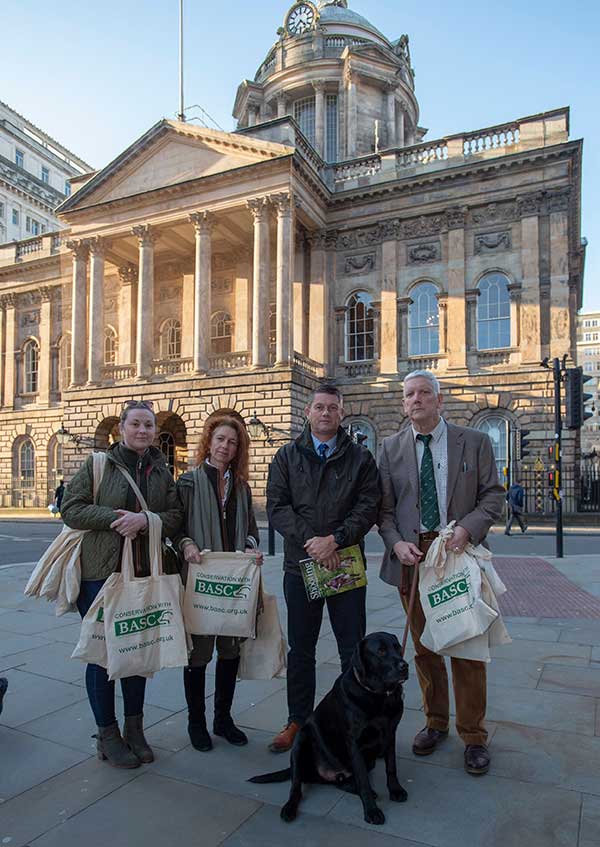 Just weeks after a concerted social media campaign led to the cancellation of a national shooting show and a rather robust public debate between BASC and the Mayor of Liverpool, Derby Museum has also found itself in the crosshairs of the antis.

Their ‘crime’ is to allow BASC to host a drinks reception and game evening on museum grounds. On the menu is rabbit, duck, venison and wild boar. Not a grouse to be seen anywhere – and yet the online anger directed at the museum smacks of well-worn rhetoric.

The pattern of attack has been very familiar; derisory comment on the museum’s social media threads that permanently harms its ratings, an online petition and a phone call to a journalist on the local newspaper. Plenty of extremism, not much decency.

From the outset, museum staff have worked hard to honour the booking with BASC, but staff better versed in antiques and artefacts have found themselves caught in the eye of a very modern storm.

Understandably, it would be easier in such circumstances to collapse on the side of the ranting antagonists, as Reading University did yesterday when it announced its decision to end organised game shooting on its land. Shooting’s recent history is littered with other such examples; Liverpool and the ‘barbaric shooters’ motion, Ilkley Moor and Chris Packham’s Ethical Consumer campaign, to name but three.

To their credit, though, Derby Museum has stood strong against the intimidation apart from minor shuffling of the rooms we had hired for the drinks reception.

Lewis Thornley, our director for the central region, nailed it when he said that right-minded people in Derbyshire would be appalled that a small number of extremists could use social media as a weapon to target legitimate businesses.

He is right, but the problem of how social media is weaponised by extremists is not going away any time soon.

It is clearly not an issue unique to shooting and fieldsports. Bigger organisations than BASC are racking their brains to develop the perfect strategy to guide decisive counter-measures when extremists lock on.

But the paying public does hold some of the solution in their own hands. How individuals within the wider shooting community respond to such threats when they appear in isolation can help BASC and other organisations fight shooting’s corner.

The best response in Derby is for the evening to sell-out and to leave a handful of antis and extremists on the pavement looking in and sniffing the air as we settle down to a fantastic meal that warms the soul. Not because we want the extra money from more bums on seats, mind you, but because we want a show of force and a clear signal that our community won’t be bowed.

And if it’s indeed true that an army marches on its stomach, there can be no better sustenance for the fight than ethical, sustainable wild game.