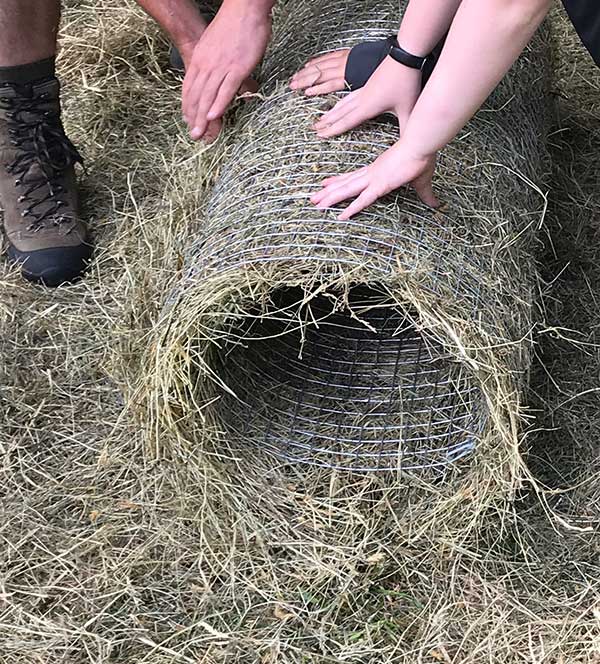 With mallard numbers in the UK declining and a flyway population showing a similar trend, wildfowlers across the country are using a simple but effective idea to improve the ducks’ breeding success.

Off-ground duck nest tubes were first trialled in England By Westmorland Wildfowlers Association (WWA), but the concept originates from America where Delta Waterfowl use them to great success.

Wildfowlers across the UK now use them over wetlands, marshes and ponds. The reason for their success is simple; mallard normally nest on the ground, where they are vulnerable to flooding and predation. But by placing nesting tubes on poles several feet off the ground, the eggs and ducklings are less at risk from rising waters and the narrow entrance of the tube keeps them safe from ground-based and aerial predators.

BASC is now urging anyone with suitable breeding grounds to join the nest tube scheme.

James Green, BASC’s head of wildfowling, said: “We are seeing an ever-increasing number of clubs and individuals across the country erecting duck tubes on their wetlands and ponds, which is a great start to the scheme.

“They are often not used in the first year but don’t be put off – many will be inhabited in years two and three, with some tubes even used twice in one nesting season.

“It’s incredible how these tubes offer so much protection from predators to the incubating female and her clutch of eggs. She can now get her clutch to duckling stage very successfully.”

It’s a delight to see your first tube occupied. The female will first make a nest bowl in the middle and begin laying eggs in the tube over the space of a week or two. She’ll then start incubating and you’ll see her sat tightly in the nest tube.

All nest tubes must be annually maintained and BASC recommend they get re-stuffed with hay in February, just after the wildfowling season has finished. You should remove any shell fragments or dud eggs from the previous year at the same time.

Work like this can be extremely rewarding and it clearly demonstrates the shooting community’s commitment to conservation.