Does less than 0.01% represent the entire shooting community?

A RECENT Facebook interview between the RSPB’s Martin Harper and Chris Packham produced a fascinating segment where the BBC presenter estimated that ‘as few as 100 people’ are responsible for raptor persecution.

That’s a startling admission after so many years of the shooting community being demonised by the narrative that we are engaged in a wholesale campaign to eradicate the UK of its birds of prey.

The entirety of the exchange between the RSPB’s director of conservation and one of its vice presidents appears further down this blog, but the key point is that Packham says: “….it’s just a tiny handful of men, it’s predominantly men of course, who are doing this enormous damage”.

Which, in essence, is exactly what the shooting community has been saying for as many years as the campaign has been building against us. The criminals among us are an absolute tiny minority.

We need to be clear at this point. It’s still 100 too many people committing wildlife crime and they are crimes that seriously damage shooting’s reputation and our hopes for a sustainable future. 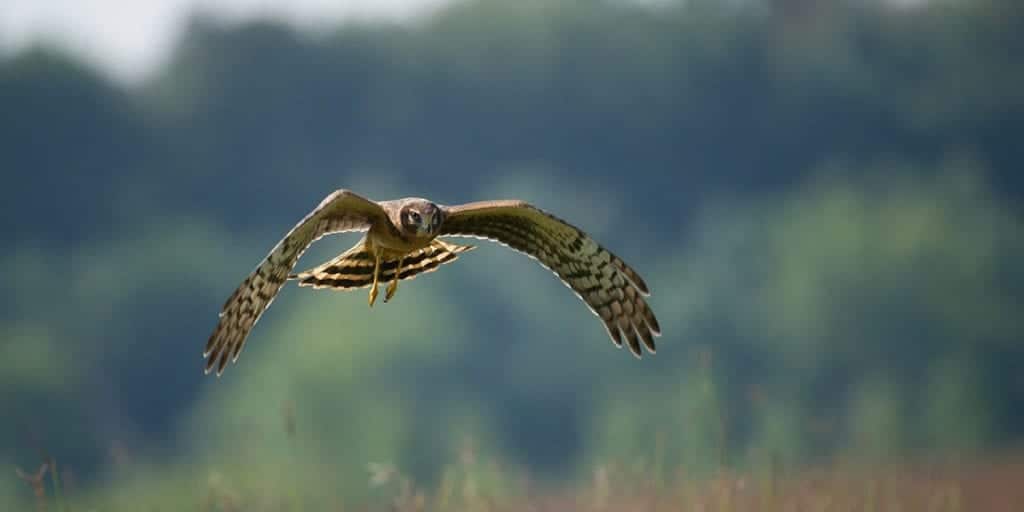 Be in no doubt, the ‘tiny handful’ are having a disproportionately negative impact on the public perception of shooting. Every time a hen harrier is found dead in genuinely suspicious circumstances, it does harm to us all. It damages shooting’s reputation and makes the future more uncertain for us all.

But, when you really examine Packham’s assertion in more depth, you can’t help wondering why the shooting community has seen so much acridity being directed at it for so many years when the wrong-doers are, relatively, so few in number.

Putting the figure into perspective

If you can accept the rough estimate that around one million people a year in the UK are involved in shooting in some capacity, then 100 raptor persecutors represent 0.01 per cent of the wider community.

Even if you ignore the beaters, the pickers-up etc to just concentrate on those who have firearm and shotgun certificates at present (591,302 people in England and Wales), 100 people represents around 0.02 per cent.

I struggle to think of any other section of society where so many would be harried and hounded for the behaviour of so few.

There has been a very clear objective to create a public moral panic about raptor persecution, especially for driven grouse shooting in particular. Indeed, we could go as far as to suggest it has been convenient for a number of reasons, certainly to encourage a particular narrative to develop as a recruitment tool for the anti-shooting brigade, those who simply do not want shooting to exist in any form.

The hysteria created by those against shooting has forced the debate to the extremes. From the central ground, BASC has no problem calling out raptor persecution at the same level as we call out those persecuting the entire shooting community.

I expect we will not be given clear detail of The Hundred from Packham and the RSPB. In the interview, Harper and Packham would only say the figure comes from the work of Guy Shorrock and the RSPB’s investigation team. *Following the publication of this blog, Guy Shorrock made contact with BASC via social media to say he had been ‘v. slightly’ misquoted by Packham and he believed the figure to actually be ‘a few hundred’. Even that leaves the percentage of wrong-doers at just 0.03 per cent of the entire shooting community.

No matter, the general admission from Packham and Co still presents clear opportunity to inject some perspective in a debate that has been clearly lacking objectivity for many years.

It allows us to be slightly less ethereal with the issue. We’ve never doubted criminals were among us, but now we can have more confidence attaching a figure to it. It will further help us to marginalise the minority of wrong-doers.

Perhaps it even provides a conduit for honest discussions with decision makers and stakeholders, including the RSPB.

A view from many angles 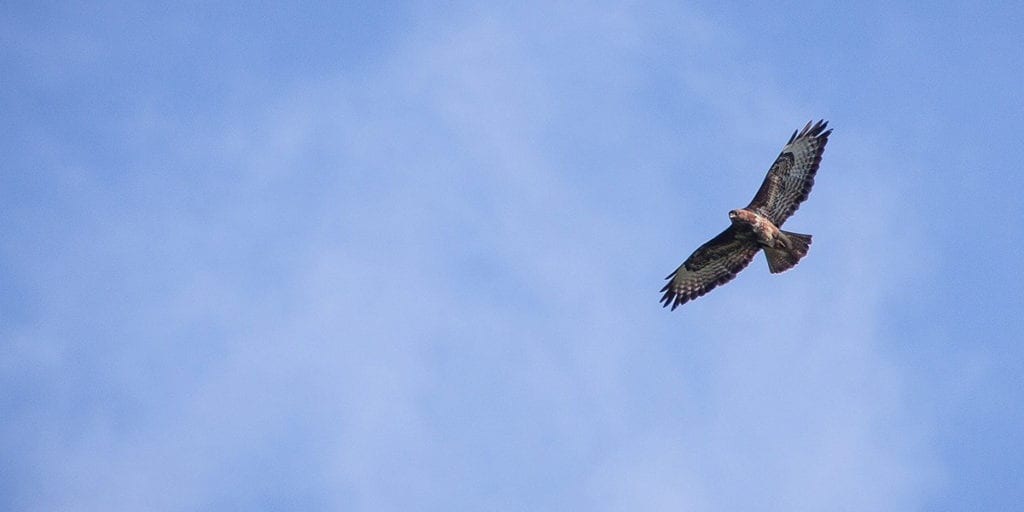 In it’s 2018 BirdCrime Report, the charity said it was: “……urging the government to act now to end the culture of criminality in our uplands”.

In no way can the rogue actions of such a small minority of people in a community of one million represent a “culture of criminality”.

And that brings us back to the element of perspective. We will never entirely eradicate raptor crime, no more than the police can ever hope to eradicate speeding. But the police would not stigmatise an entire population because of the errant actions of the few; similarly, there is no significant evidence to besmirch the reputation of the vast majority of decent people who shoot.

Packham’s admission, however, will also allow us more scope to better challenge misinformation whenever and wherever it appears. When a raptor is found dead and the predictable media storm whips up around us, we will be able to quote The Hundred in mitigation. We will not deny the body – and nor should we. Neither will we accept that the perpetrator represents all of us when, in fact, they are one of so, so few of us.

“One of the most shocking things that came through when we were doing hen harrier day was an interview that I had with Guy Shorrock, a longstanding member of the RSPB’s investigations team, and what he said that was so poignant was that it’s just a tiny handful of men, principally men of course, who are doing this enormous damage when they are impacting on, as you mention, these charismatic bird populations.

“He suggested that it could be as few as a 100 people that are stopping golden eagle, hen harrier, goshawk in some places, short eared owls, all of the these birds from prospering. Just a tiny number of people, tiny number of criminals, it’s extraordinarily sad isn’t it in the 21st century.

“Yeah and Guy and the team would know because they have been working on this tirelessly over so many years. And you’re right and if you think about whether it’s about the Scottish Government trying to promote the natural heritage, to encourage tourism, or whether it’s our own UK government’s down south ambition to restore nature in a generation. Much more effort needs to be put in place to actually try and weed out these criminals and essentially end their licence to operate.

“That’s something we have been working really hard to try and secure which is why the petition is so important and if people can email their MPs to try and, you know, get some of their finite political time on this issue then, then, we are likely to get real change.

“I know it’s a busy period and there are so many other things going on but to my mind conservation is only successful if good people stand up take action to get the politicians to really put in place the measures to just clean up the act of the shooting community.”