Through social media the shooting community can inform, educate and enlighten people, but to do this we need to think carefully about what we post online and why, says Will Pocklington.

A force for good or the worst thing that ever happened to country sports? The rise and rise of social media splits opinion. Some see it as an opportunity to showcase all that is so great about country pursuits and reach out to a new audience; others consider it a dangerous medium for people – both pro- and anti-fieldsports – to portray

a whole community in a damaging manner at the tap of a finger.

Social media is now an ingrained part of everyday life in the UK; roughly 45 million people spend two hours each day on platforms such as Facebook, Instagram and Twitter. In a few simple clicks, an image, opinion or petition can be shared with more people than ever before. And its message need not be accurate or well-intentioned.

Put simply, because of social media, our community – or at least some version of it – is now there for all to see. So, what are the implications? And what can we do to ensure some good comes of this attention?

A difference of opinion

It could be argued that prior to the advent of social media, what happened in the countryside generally stayed in the countryside. Sensationalist propaganda was confined to the realms of printed media and it was difficult for those with views based on emotion rather than science to spread their illogical sentiment and influence others who had yet to make up their mind.

Times change, though. Social media is here and it’s not going away any time soon. Removing ourselves from the table altogether is surely not an option – there would be no truth to counter the mistruths, only a version of country sports manufactured by those who would see them banished to the annals of history.

We need a presence, but it needs to be smart and engaging and it needs to tell a story – the whole story. The only thing worse than no presence at all is

a presence tarnished with bad practice and insensitivity, absent of all context. Social media can be a platform for informing, educating and enlightening people, but to do this we need to think carefully about what we post online and why. How much does a stand-alone image of a dead animal say about what we do and why we do it? Will the average person on the street associate a tasteless photograph of a dead animal with food, habitat management, prevention of crop damage, benefits to local communities and the economy? Of course not. Such images only serve to alienate us from the general public who naturally focus on the killing element of the activity. They see this and associate our motives and our enjoyment only with the taking of a life – not the myriad other factors that combine to form the bigger picture.

Should this stop us altogether from posting images of dead animals? I don’t think so. There’s no need to hide what we do. And there’s a very credible train of thought that suggests pandering to the sensitivities of a society that takes offence at anything and everything will only exacerbate a disconnect that is to blame for such widespread misunderstanding of the countryside in the first place.

The best posts are relatable and interesting with a nod to the bigger picture. Context is key. Rather than post a simple ‘grip and grin’ photograph of a hunter with a dead deer, why not explain the reason deer are being managed and include a photo of a venison dish? Instead of an image of 200 pigeons and a plug for your favourite cartridge brand, why not provide evidence of the crop damage you are preventing? How about a video of songbirds in cover crops to accompany footage of a pheasant drive in mid-flow? Or an image of all the people involved on a day’s shooting, enjoying themselves in the fresh air?

Simple changes can make a great difference. We can present actual facts and point to scientific research and evidence – the means are there for us to promote tasteful, respectful and positive messages about shooting sports. People are influenced by what they see on social media, and it’s up to us to ensure they see the truth.

Of course, social media activity takes many forms. Forums and groups abound where there’s a real sense of togetherness and on which like-minded people share tips, stories and recipes. Newcomers are welcomed and find a way to get involved.

Unfortunately, there is often a dark side to such platforms. How many times have you seen a reasoned debate, both in the public domain and on private groups and forums, dissolve into – or even start as – a shouting match with expletives galore and no common ground discovered? And let’s not forget the toxic in-fighting and finger pointing we witness among ourselves which, regrettably, tends to intensify at times when we most need to pull together. Surely, this energy would be better directed to something more positive?

Whatever the nature of our digital activity, how we conduct ourselves online is critical to how we are perceived by non-shooters. We can come across as ignorant, vulgar and extreme, or we can portray ourselves – and the rest of our community by default – as perfectly reasonable pragmatists with a love of the countryside, wildlife and healthy, free-range food. 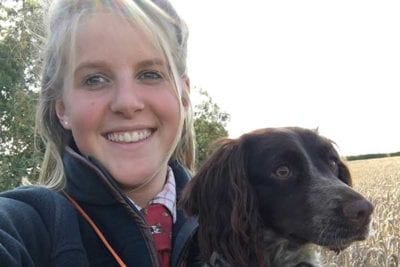 Gamekeeper of the Month – February 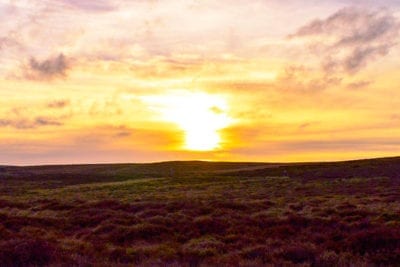