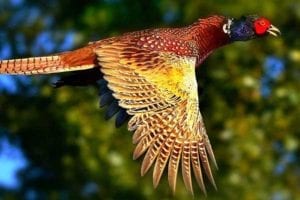 Not satisfied with their attacks on general licences to control pest species, Wild Justice is now challenging the release of game birds on EU-designated land with a 5km buffer zone. BASC is active in ensuring that the government does not back down to legal threats and has worked with MPs to guarantee the 2020-21 season and defeat this challenge for the future. The legal challenge Wild Justice is claiming that Defra is allowing the release of game birds on designated land in breach of the law. Last month, Wild Justice sent Defra a letter before action asking them to halt release on designated land with a 5km buffer zone. BASC action  Mapped the areas affected and estimated the massive damage halting release would do to the environment, economy and shooting. The results can be seen here.Briefed the All-Party Parliamentary Group for Shooting and Conservation, for which BASC provides the secretariat, and asked the 163 parliamentarians who are members to take the issue up with Ministers. Click here for more information.Chief Executive Ian Bell with the chairman, Eoghan Cameron, Sir Geoffrey Clifton-Brown MP and Victoria Prentis MP met and briefed Theresa Villers, the Secretary of State for the Environment and demanded a robust response. The Minister promised to issue a statement (see below).Briefed other politicians at cabinet-level who will raise the issue with Downing Street.Have mapped all affected constituencies so that MPs are informed of the damage that could be done to their constituencies.Have registered our intention to be listed as an interested party should the matter ever come to court so that we can make our case before the judge.Are speaking to newly-appointed Defra ministers to ensure a robust government response. Result so far  On 11 February, the Defra Minister responsible for shooting gave a written answer tabled by Sir Geoffrey Clifton-Brown MP, Chairman of the All-Party Parliamentary Group on Shooting and Conservation. The answer stated:   The Secretary of State will make a statement shortly.Confirmed in its response to Wild Justice that work on the review is underway and that Defra will announce further details in the coming weeks.Stated that in Defra’s view it is not reasonable nor realistic to expect any measures to be implemented before summer/autumn 2020. This means that it is unlikely that there will be any changes to releasing game birds for the 2020-2021 season. BASC is undertaking further work with Natural England and Defra to ensure that releasing on designated sites is robustly underpinned by law and will continue, as it did without damage to the environment on these sites before they were designated. We will ensure that members are informed of progress.