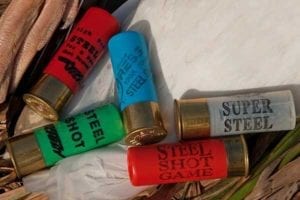 Neil Morrison examines the ballistic properties of steel shot and advises how to get the best results when using it to shoot wildfowl.

In the face of renewed attacks on lead shot BASC’s position on legal restrictions remains unequivocal – no evidence, no change. We refuse to countenance any decisions proposed by policy-makers, regulators or others that are not backed by solid, scientific evidence. 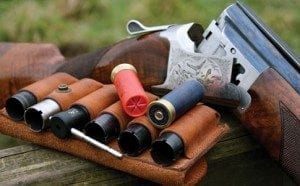 BASC Chairman Alan Jarrett welcomed the vote yesterday evening in the Norwegian parliament to repeal the law on the use of lead shot for live quarry hunting outside wetlands. He wished the Norwegian Hunting Association, the NJFF, success in getting the repeal implemented before the 2015 shooting season. The recommendation to repeal the ban, from the environmental and energy committee, was overwhelmingly carried by 79 to 16 votes. Among the arguments advanced for the repeal was the experience in neighbouring Sweden, which has also repealed a lead shot for hunting ban, the absence of new evidence on lead shot as opposed to lead bullets and the misinterpretation of evidence by those advocating the ban. BASC Chairman Alan Jarrett said: “The Norwegian experience is a warning to us all to ensure that evidence is not misinterpreted nor its importance exaggerated when forming policy and legislation. I wish the Norwegian Hunting Association, the NJFF, success in persuading  the Norwegian Ministry of Environment to act on the lack of new evidence by speedily amending their product control regulations. BASC’s policy on lead ammunition is clear: no sound evidence, no change.” ENDS For more information please call the BASC press office on 01244 573052 or e-mail press@basc.org.uk 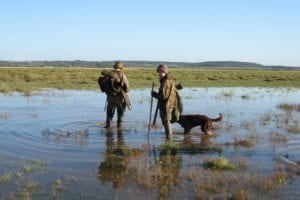 A non-binding resolution on lead ammunition, adopted by an international wildlife conference, has been described as a blunt, ineffective and unnecessary instrument by the UK’s largest shooting organisation, the British Association for Shooting and Conservation (BASC). The international Convention on Migratory Species (CMS), which works on global issues affecting migratory species, voted to adopt draft guidelines at a conference in Ecuador. The guidelines call for a global phase-out of lead ammunition within three years in order to protect migratory birds. The UK already has significant restrictions in place on the use of lead ammunition in order to protect migratory bird species. The guidelines adopted by CMS are not binding and will be kept under active review to ensure they conform with scientific evidence. BASC Chairman Alan Jarrett said: “The UK is ahead of most of the world in taking action to protect migratory species of birds. We have adopted a series of regulations which protect both waterfowl species and sensitive habitats. Coastal wildfowling clubs in particular have an excellent record of ensuring that regulations are followed.” “BASC has been working on the issue with its sister organisations in Europe, through the representative body FACE (The Federation of European Hunting Organisations). The adopted recommendations are technically illiterate – for instance they fail to distinguish between rifle bullets and shot.” BASC Chief Executive Richard Ali said: “The guidelines adopted at the conference are not evidence-based and ignore the principles of better regulation. They also ignore the regulations already in place in the UK and elsewhere in Europe, which are designed to reduce any risk to migratory waterfowl in their feeding grounds.” “Adopting sweeping resolutions at international conferences may please some delegates, but their non-binding status reflects their nature. Such resolutions do not meet the principles of good regulation. These state that regulation should be proportional to the problem which they address, and be accountable, consistent, targeted and transparent.” “BASC’s position on the use of lead ammunition is clear: No sound evidence, No change. We will continue to work at home and abroad to ensure that any decisions on regulation are based on sound science and sound principles of regulation.” ENDS. 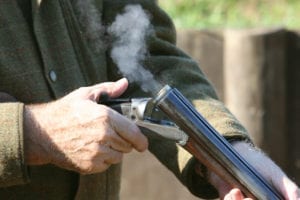 Both those who shoot and those responsible for regulation bear a shared responsibility according to the UK’s largest shooting organisation, The British Association for Shooting and Conservation (BASC)

© 2019 BASC – British Association for Shooting and Conservation.
Registered Office: Marford Mill, Rossett, Wrexham, LL12 0HL – Registered Society No: 28488R.
BASC is a trading name of British Association for Shooting and Conservation which is authorised and regulated by the Financial Conduct Authority (FCA) under firm reference number 311937. You may check this on the Financial Services Register by visiting the FCA’s website or by contacting the FCA on 0800 111 6768.

Any cookies that may not be particularly necessary for the website to function and is used specifically to collect user personal data via analytics, ads, other embedded contents are termed as non-necessary cookies. It is mandatory to procure user consent prior to running these cookies on your website.