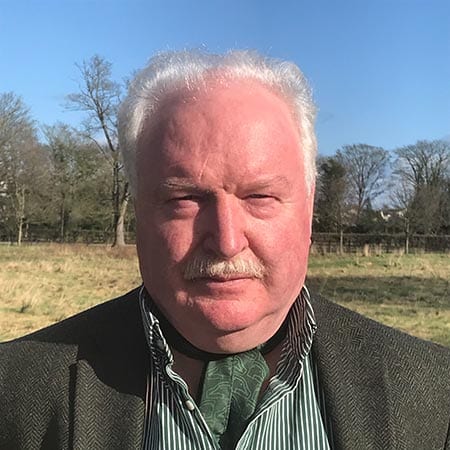 I am a very keen woodcock shooter, although wildfowling has been my main shooting interest since childhood. I first joined WAGBI in 1971 via Comber Wildfowlers. I have been a committee member of that club for the past 16 years. I am also the club’s representative on the joint council for wildfowling clubs on Strangford Lough. I am also the current chairman of the joint council for wildfowling clubs, having been elected in 2018. I was head of Human Resources at Ulster University, Jordanstown for 20 years, prior to accepting early retirement six years ago. I have also gained invaluable experience in a number of non-executive director roles within the voluntary third sector.

During my current term on council, I have drawn on my skills and experience to chair the Executive and Finance Committee for four years. This is an important role which means that I have a significant responsibility for, and a focus on, budgets, ensuring that they are fit for purpose and that they allow the association to operate effectively and meet its strategic objectives, as set by council.

Other involvement has included playing a lead role in the ongoing governance review which is designed to ensure that the association operates efficiently and is accountable for its actions. I have also worked with my colleagues on council to set the association’s strategic objectives. Given my background in HR, I was also involved in the recruitment of the Chief Executive.

Working closely with the BASC NI team, I have been successful in raising the profile of Northern Ireland within the association. As a result, BASC council held its first ever council meeting, and a very successful members’ evening, in Northern Ireland. I have also been instrumental in getting BASC Council to approve funding which allowed the NI team to challenge the Police Service of Northern Ireland’s decision to remove the paper firearms application system in favour of an entirely online system.