The confirmation of continued funding for the National Wildlife Crime Unit (NWCU) has been welcomed by the UK’s largest shooting organisation, the British Association for Shooting and Conservation (BASC).
Environment minister Richard Benyon has announced that Defra and the Home Office will each provide £136,000 towards the NWCU for the next financial year.
BASC works closely with the NWCU to combat crimes such as the rise in organised poaching, the persecution of birds of prey and illegal hare coursing.
BASC head of gamekeeping Glynn Evans said: “Gamekeepers are often on the front line of the fight against wildlife crime. They are the eyes and ears in isolated rural areas and can find themselves confronted by organised and armed gangs of poachers who harm wildlife and are often prepared to use violence. These gangs are also frequently involved in other rural crimes against people and property. The NWCU plays a vital role in coordinating intelligence on wildlife crime. BASC looks forward to continuing to work with NWCU.”
Categories: Uncategorised 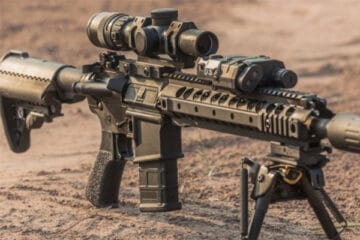 Protected: This is my rifle

A new survey has highlighted a 40% decline in the number of lowland deer culled in 2020/21 compared to the previous year, as the stark impact of the coronavirus pandemic on lowland deer management in Read more…