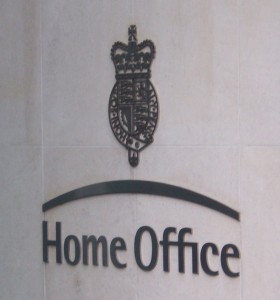 BASC has welcomed an assurance by the Home Office that firearms licensing fees will not be reviewed this year.

The decision was given by Nick Hunt, the head of the Home Office’s serious violence unit, in a letter to Sir Geoffrey Clifton Brown MP, chairman of the All Party Parliamentary Group on shooting and conservation, who has lobbied MPs not to increase fees.

The letter said this year’s annual review would not take place because of delays in implementing the intended online licensing system and the need to review arrangements for police medical checks with applicants’ GPs.

It said uncertainty around the “critical issues” meant it had been difficult to accurately identify police costs.

He said: “This is the right and proper course of action. Police forces must get their houses in order and introduce greater efficiencies before demanding more money from law-abiding shooters.”

BASC chairman Peter Glenser QC said: “Thanks are due to those pro-shooting MPs who put pressure on the Home Office in lobbying for them not to increase firearms licensing fees.”

The letter reads: “The Home Office is committed to ensuring an efficient and effective firearms licensing system which is fair to applicants and which achieves, as far as is possible, full cost recovery for the police.

“The current fee levels were set in 2015, and were calculated to enable police forces to move closer to full cost recovery when greater efficiencies were achieved from the online licensing system they were developing at the time.

“At the same time, Ministers undertook to look at the level of fees annually and undertake a comprehensive review every five years.

“In the event, we have not undertaken annual reviews of the level of police fees for firearms licensing because of the delays in implementing the intended online licensing system and, more recently, the need to review arrangements for police medical checks with applicants’ GPs.

“The uncertainty around these critical issues has meant it has been difficult to accurately identify police costs. This year’s annual review will not take place for the same reason, also recognising the discussion that you had with Ministers last October.”

Mr Hunt said in the letter that an online licensing system was being trialed in some police forces and made reference to a commitment by Home Office Ministers to consult publicly on new arrangements for medical checks before the summer recess.

He said he was “hopeful” to have greater clarity on both issues in time to take forward a comprehensive review of firearms licensing fees during 2020.

The letter can be read here: [Download not found]