BASC has welcomed the draft report prepared for the European parliament on the European Commission’s proposed amendments to the firearms directive. The report, produced by Vicky Ford MEP for the Committee on the Internal Market and Consumer Protection (IMCO), rejects some proposals and seeks substantial amendment to others.

Many of the Committee’s proposals reflect the position adopted by BASC and other shooting organisations. BASC has warned of the unintended consequences, which could damage shooting if the Commission’s amendments go through without substantial change.

BASC has worked closely with the Home Office and with Mrs Ford, the rapporteur for the proposals.

Stephen Curtis, BASC head of operations, said: “Issues as diverse as limitations on age for possession of firearms, mandatory medical checks, shotgun/firearms certification length and additional regulation which would limit crop protection have been addressed in the latest draft which will now be taken forward for further discussion. Mrs Ford has clearly worked hard to accommodate a diverse range of opinion within the document and is to be congratulated on her work.”

One area where BASC will continue to press for changes is in the proposed wording around ‘the computerised data filing system as held/operated by the national authority’. There is a danger of misinterpretation by member states on this issue which, if wrongly interpreted, could lead to significant additional cost and bureaucracy for national governments, police forces and local firearms dealers. BASC recently campaigned against a similar proposal within the UK which was eventually rejected by the UK government. 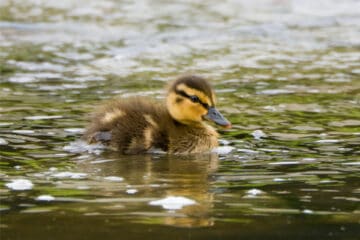 The Duck Nest Monitoring Project enjoyed a successful year in 2021; find out how you can get involved, including our calendar of what to do and when.