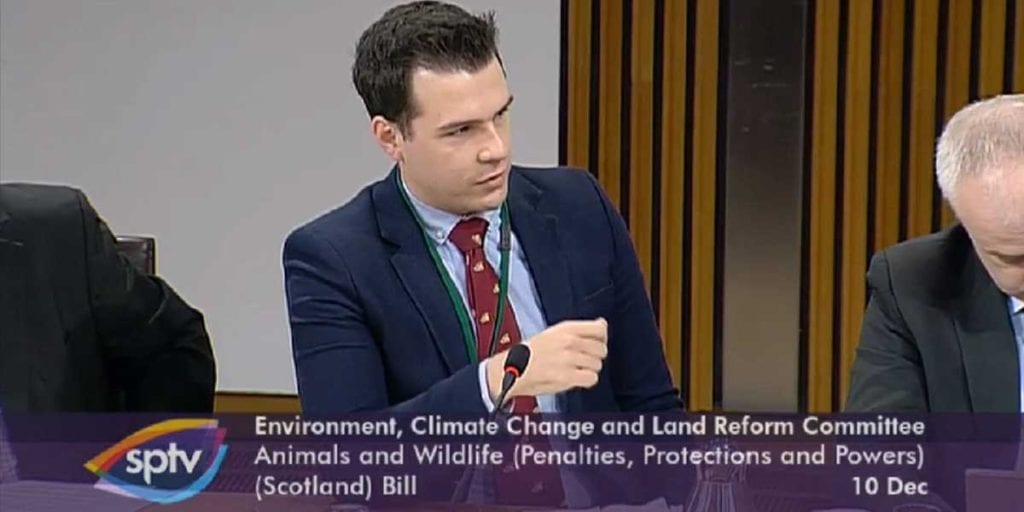 The tougher penalties are due to be implemented as part of the Animals and Wildlife (Scotland) Bill which is currently under consideration by the Environment, Climate Change and Land Reform (ECCLR) committee – a cross-party group comprising seven MSPs.

Giving evidence to the committee, BASC’s political and press officer in Scotland, Ross Ewing, spoke of the positive steps that have been made in reducing the prevalence of wildlife crime in Scotland. This has included the introduction of vicarious liability legislation and the restriction of general licences by Scottish Natural Heritage. Ross described in detail the serious ramifications that could be inflicted as a result of these measures and emphasised that they continue to provide a strong deterrent against wildlife crime.

Ross also spoke of the rise in other kinds of wildlife crime – such as hare poaching – which greatly impacts on land managers across Scotland. He said that the proposed penalties are a welcome step in reducing the prevalence of these lesser-known offences. On the subject of serious versus non-serious wildlife crime, he highlighted the difficulties in determining what constitutes a serious wildlife crime and called for more clarity in the legislation to reduce ambiguity.

Following his appearance in front of the committee, Ross said: “The penalties proposed in this bill will go a long way in addressing all forms of wildlife crime in Scotland – from hare poaching; to deer poaching; to raptor persecution. It is vital that we send a strong message to those who commit wildlife crime and do everything in our power to reduce criminality.

“Our contribution to the ECCLR committee this morning is a mark of BASC’s continued and valued input on all matters relating to wildlife and conservation in Scotland. It is a unique opportunity to help shape legislation, and we look forward to continuing our contribution in the future.”

You can watch the committee meeting in full here.