BASC responds to announcement on future of general licences 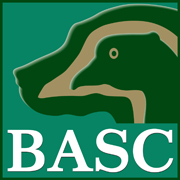 It has been announced that decision making on general licences will be passed from Natural England to the Secretary of State for the Environment ‘for a time’.

This change does not affect Natural England’s function for issuing individual licences and Defra staff will provide extra resource to help them with this.

It is understood this move will be followed by a call for evidence into the short and long-term future of general licences. Details of the new arrangement are included in an exchange of letters between environment secretary Michael Gove and Natural England chairman Tony Juniper published today.

A covering letter from Defra said: “As part of his new responsibilities, the Secretary of State is now initiating a swift but formal call to evidence, in order to capture information from all concerned parties about the recent withdrawal of the three general licences (GL04, GL05 & GL06).

”In particular it will look at developing a better understanding of the implications for the protection of wild birds, and the impacts on crops, livestock, wildlife, disease, human health and safety and wider nature conservation efforts.

”All relevant evidence gathered from the exercise, alongside information that Defra and Natural England have already received since 25 April, will inform decisions and approach.”

In response, BASC chief executive Ian Bell said: “BASC hopes this is the first step to resolving the current chaos in the countryside.

“This shambles of the last week or so was created by Natural England’s ill-advised decision to withdraw all licences without consultation or notice and, in effect, remove pest control at a critical time of year.

“We hope that this intervention by the environment secretary, Michael Gove, represents that he is getting a grip of this problem and BASC will join the other leading organisations in providing evidence into the review to ensure we end up with a system of general licences that are fit for purpose.”