BASC is building cross-party support and working in partnership with Countryside Alliance Ireland and Gun Trade Guild NI to improve firearms law for the province’s shooters.

There are a wide range of complex issues being considered. Over the coming weeks updates will be provided on fees, processing times, age reduction, a banded system and security specifications for firearms dealers. A proposal for ten-year firearms certificates is also being considered.

BASC is grateful for all the feedback and support it has received on these issues to date. Your views provide an important steer. If you wish to share your views on any of the issues listed below please click here to email BASC or phone the BASC NI office on 028 9260 5050. As far as the legislative changes to NI firearms legislation are concerned, there is no timeframe for change at this point.  The Secretary of State is authorised by Article 75 of the Firearms (Northern Ireland) Order 2004 to vary any sum specified in Schedule 6 of the Order however the introduction of new fees and other legislative changes such as the age reduction for young shooters and the banded system would require a change to primary legislation and a suitable legislative vehicle.

BASC has been working hard to achieve progress. See links below of some key updates we have provided over the last 18 months.

July 2012 – BASC organises a petition on the consultation 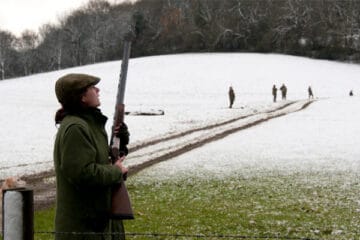 Firearms licensing: what you need to know

With at least seven police licensing departments having suspended firearms and shotgun grant applications, read our advice on what to do if your licence is due for renewal.