MYTH V REALITY: High street companies are ordering their logos be taken down from anti-shooting website.

BASC and Countryside Alliance have today united in condemnation of Chris Packham as leading high street businesses demand the BBC presenter stops claiming their support for his latest anti-shooting campaign.

Waitrose, Premier Inn, Costa Coffee, Next and Allianz have all confirmed they have not given permission for the ‘Ethical Consumer’ co-operative to use their logos on its website to imply backing for the campaign.

Posts on Packham’s social media accounts continue to boast that a number of high-profile companies have given ‘positive responses’ to the Ethical Consumer. Packham also continues to lobby other major high street brands via Twitter.

But a statement released today by the Ethical Consumer admits that Waitrose and Whitbread, which owns Premier Inn and Costa Coffee, have demanded their logos be removed.

And the Ethical Consumer’s original webpage has now also been altered today to remove the logos of a number of other leading UK companies.

BASC chairman Peter Glenser said: “This is an epic fail and Chris Packham’s latest attempt at bullying the high street is unravelling before his eyes.

“We are pleased that Ethical Consumer appears to be admitting they have got it wrong and are slowly removing the offending logos. We also have emails from other major companies telling us they have asked for their logos to be taken down. It remains to be seen how long that takes.

“But it appears the message is not getting through to Chris Packham. He continues to whip up a social media frenzy around this issue.

“His behaviour is unethical and dishonest and his involvement in promoting this website is another abuse of his position with the BBC. He is abusing his celebrity status as a tool for bullying these companies and the BBC needs to take action.

Liam Stokes, the CA’s head of shooting, said: “Packham’s haranguing of businesses is the latest escalation of his fervent campaign against legal shooting.

“In September 2016 the BBC Trust advised the BBC to formally assess Packham’s campaigning activities to make sure they didn’t undermine BBC impartiality. We are one year further down the line and it is clear that the BBC has completely lost control of the situation.

“We have written to the BBC asking if they intend to take the BBC Trust’s recommendation seriously, and we will not let this lie.”

WHAT THE COMPANIES SAY:

“We have spoken with Ethical Consumer and asked for them to remove our logos from their campaign.” – Whitbread

“We have not given permission for our logo to be used.” – Next

“Taking part in grouse shooting events is a matter for other organisations and individuals. We did not give permission for our logo to be used.”– Allianz

“We’ll be asking for our logo to be removed from the website.” – SSE

“We did not complete the questionnaire itself. We simply provided a very brief factual statement.” – Stagecoach

“We are entirely neutral on this issue and are not taking a position in this debate.” – Hargreaves Lansdown 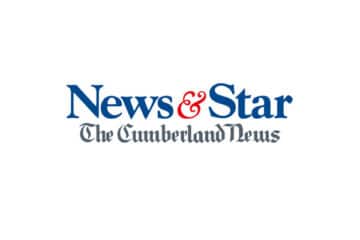