Over the last year, BASC has responded to a number of consultations in relation to a Marine Plan for Northern Ireland and the designation of MCZ’s.

Over the last year, representatives from the Department’s Marine Division and MCZ Team have met with a number of BASC affiliated wildfowling clubs to provide them with an update with regard to the designation of MCZs and to address any concerns from members.

BASC hopes that the Department will continue to engage fully and earnestly with the wildfowling and shooting community at every possible opportunity as the process moves forward.

BASC represented wildfowling interests at a workshop organised by the DoE on the visions and objectives of a Marine Plan for Northern Ireland.

BASC advised the NI government on marine conservation zones guidance by responding to the Department’s consultation on ‘Draft guidance on selection and designation of Marine Conservation Zones (MCZs) in the Northern Ireland inshore region’.

Department consulted with regard to ‘Consideration of alternative approaches to the Marine Plan for Northern Ireland’. BASC responded to the consultation on 20th March 2014.

The Marine Policy Team consulted with stakeholders with regard to ‘Draft legislation to introduce fixed monetary penalties for the enforcement of byelaws protecting Marine Conservation Zones and European Marine Sites’.

BASC believes that all who shoot should conduct themselves according to the highest standards of safety, sportsmanship and courtesy, with full respect for their quarry and a practical interest in wildlife conservation.

BASC’s expertise in shooting matters is widely recognised and we are routinely consulted by a variety of government departments and agencies and other non-statutory bodies, for example the Department of Justice, Northern Ireland Environment Agency, the Department of Agriculture and Rural Development, the NI Forest Service, Queens University Belfast, The National Trust, The Ulster Wildlife Trust and the Ulster Farmers Union.

BASC represents a number of BASC-affiliated wildfowling clubs around the coast of NI. Additionally, BASC wildfowling clubs on Strangford Lough, Lough Erne and Lough Foyle administer a permit scheme that facilitates wildfowling by non-club members, including disabled members and an increasing number of ‘shooting tourists’. Many of these clubs lease shooting rights from landowners and estates including the Crown Estate and The Honourable Irish Society. Some clubs own the land that they manage for shooting and regardless of how shooting rights are held, active land management is designed to encourage quarry and other wildlife species.

BASC will remain vigilant for any potential threat within pending legislation which might in any way impact the legitimate rights of the NI wildfowling community and to ensure that the cultural, social and economic worth of wildfowling is fully taken into account.

The five principles of good regulation are that it should be:

BASC asserts that these guiding principles must be applied fully when considering any further regulation or introduction of bye-laws.

Wildfowling is a legal, sustainable, long-standing, cultural, socially and economically important activity and is already one of the most heavily regulated activities given that participants are required to have the necessary wildfowling permit and valid firearm certificate as issued by PSNI. Most wildfowling is undertaken under lease agreement with Crown Estate and in agreement with local landowners.

Wildfowling has already been assessed to be a sustainable activity. In the document ‘Strangford Lough Management Scheme’, produced by the Environment and Heritage Service (now NIEA), page 45 under ‘Wildfowling’ it states ‘The current level of wildfowling in Strangford Lough is generally considered to be sustainable.’ available on-line here.

Management plans are in place to ensure continued sustainability of wildfowling and shooting interests on Strangford Lough. BASC is of the view that the greatest risk to any area of the shoreline is from other non-regulated activities and associated disruptive access.

If you have any comments or queries about the impact of marine planning or MCZs on wildfowling in Northern Ireland we would be happy to help. Please click here to email BASC or fill in the feedback box below. 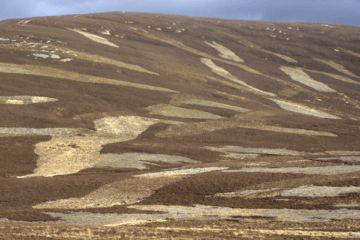 After speaking at a recent conference on Nature Recovery Ian Danby looks at why shooting is key to any success they might have going forward. 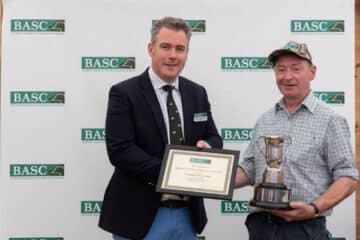 BASC’s annual honours and awards recognise and reward the hard work of people within the shooting community who strive to make a difference.