The alarm clock sounds at 3 am to mark the start of my first wildfowling trip of the season, and it could not have come quick enough. I was up and ready in 15 minutes undertaking some last-minute checks of all the kit to make sure that nothing essential was missing. A compass, dog’s water, hide nets, decoys, guns and Eley Lightning, steel shot cartridges – I was ready. Then, our journey to the marsh began at 3.35 am.

We arrived at 4.30 am in complete darkness. As I stepped out of the truck, not a sound could be heard apart from the occasional cry of a curlew in the distance. So, after getting all my kit in the rucksack, we began our long walk along the sea wall and across the marsh to our chosen point that could get us underneath some ducks all being well. 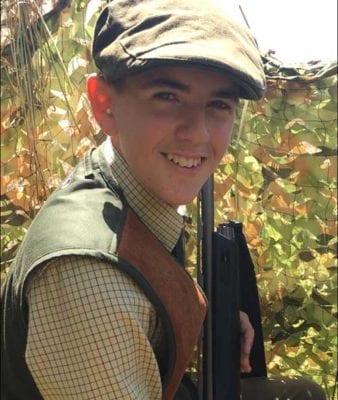 With a slight breeze coming from the South West, I was also in hope that the skeins of Canada geese would change their direction of flight to reach a barley stubble field just inland behind us. I hoped that the teal and mallard, that had been seen moving along the marsh, would stop to land out of the rough water of the main river…

Finally, reaching the deep gully that feeds into the main river, the hides were built just below the top of the marsh. The occasional tufts of natural marsh vegetation gave us a chance to hide from the keen eyes of wild duck and geese. I threw out a mix of mallard and teal decoys in pairs into the mouth of the gully to attract any of the flighting duck. It left a perfect area for any duck to come in closer to give us a nice clean shot.

Suddenly, two teal appeared out of the low light and headed straight towards the back of our decoy pattern. As they passed us at 35 yards there were two thundering shots, (one by me and one from my dad), and both teals splashed into the water. The hard work had paid off, and I was pleased that my season had begun with a bang.

So, the spaniel is straight out on the retrieve, in and out like a flash of lightning retrieving the teal that were in pure pristine condition. The sky has begun to get much brighter and after everything settled, the wildlife on the marsh continued as if nothing even happened. With the tide creeping higher and higher, the ducks on the marsh began to move inland to rest on the inland waters.

Suddenly, the low honks of Canada geese could be heard in the distance, getting louder and louder. My heart began to race! I could see them in the distance, flying at about 45 yards above the top of the marsh. The suspense started to build up as I used the hide and the bank of the marsh to stay concealed from the sharp eyes of the wild geese. As they came closer, my heartbeat increased. But suddenly, the geese veered off over my right shoulder just too far out of range.

The sun is well and truly up by now so it’s time we head back to get the dog dried off and warmed up. The guns needed cleaning from the salty mud too, but with two teal in the bag I was happy with our morning out. Great views and sights that some people would never witness. That is why wildfowling is truly the most fascinating and thrilling shooting pursuit you could ever experience.

I really suggest that you give wildfowling a try too. Have a look on the BASC website or look for some Young Shots introduction to wildfowling days in your area. You can even have a chat with one of the members of the Wildfowling department for any tips or to find out about clubs in your area.

It's all change at Lindisfarne this season with a new warden but there are several ways you can experience wildfowling there. 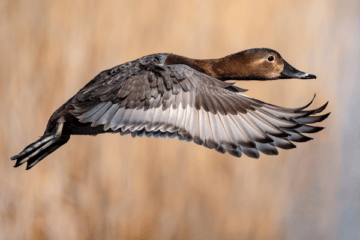 Experiencing wildfowling for the first time

Tim Webster was the lucky winner of last year's Lindisfarne auction, as it was his first time on the estuary, he wanted to share his experience.