The History of BASC 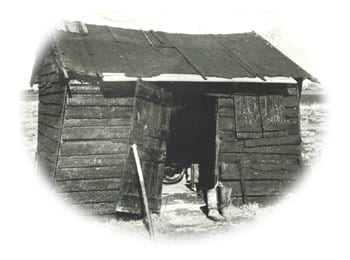 The Black Hut at Patrington Haven on the Humber, where WAGBI was conceived.

The Wildfowlers’ Association of Great Britain and Ireland, known as WAGBI, was founded by Stanley Duncan in 1908. An engineer, he was also a highly experienced wildfowler and naturalist and his object in forming the association was three-fold. He sought to help the professional wildfowlers, who were then eking out a meagre living on our coasts. He was becoming alarmed at the increasing drainage and subsequent development of much excellent wildfowl habitat. And he realised that as time went by it would be necessary to defend the sport of wildfowling against factors that were moving contrary to its interests, namely the growing enthusiasm of extremists bent on total protection of wild birds.

Today, there are no longer any professional ‘fowlers other than a few guides. But there is a new breed of protectionist and the threats to wildfowling grow ever stronger – much more so than was the case in 1908 when, having canvassed and obtained the support of far-seeing and experienced sportsmen, Stanley Duncan called an inaugural meeting in his wildfowling hut, which, until destroyed by floods, stood at Patrington Haven near Hull. Rules were adopted and Stanley Duncan became the association’s first Honorary Secretary, an office he held for 40 unbroken years. The famous wildfowler and sporting author Sir Ralph Payne-Gallwey, Bt was elected President. Both men realised that unless steps were taken to form an influential, national organisation capable of safeguarding the sport; wildfowling, wildfowl, their habitat and their future would be in serious jeopardy.

WAGBI, with the support of a small committee, built up a system whereby there would be, in every wildfowling district, officials capable of giving advice and able to represent and support wildfowling and associated interests whenever they became threatened or were likely to be so. 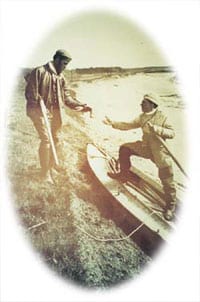 The long-expected attack on wildfowling came in 1953, when legislation which the association regarded as unfair, unnecessary and very restrictive, was introduced in Parliament.

Although a strictly voluntary organisation with no paid staff, a small group of public-spirited men gave considerably of their time, energy and private funds, determined that the interests of wildfowlers be given a fair hearing and their beliefs recognised and upheld. Many meetings were convened, and thousands of letters written, while there was considerable lobbying of Members of both Houses as, in the opinion of those serving the WAGBI cause, there had been very considerable misrepresentation of the true facts.

The protracted and sometimes heated deliberations culminated with the Protection of Birds Act 1954, which, thanks to WAGBI’s intervention, was a far more balanced piece of legislation than had first been contemplated.

The effect of the publicity and behaviour that preceded the 1954 Act was so profound that throughout the country there developed a determination that never again should genuine sportsmen find themselves in similar circumstances. All over the country, those who valued their sporting heritage and its future began to seek membership, and many of them, with WAGBI’s help and advice, set about forming local clubs and associations, thus bringing together many who, individually, could do little to safeguard that future, but collectively could and would – if it became necessary. This did not mean, however, that wildfowlers would cease to follow their sport singly or with a companion or two as they did in Stanley Duncan’s day.

In 1949 the Nature Conservancy had come into being. Its functions, of relevance to wildfowlers, were to provide advice on the conservation, control or protection of natural fauna and to establish, maintain and manage nature reserves in Great Britain, many of which embraced shooting zones jointly created and managed with WAGBI.

When the conservancy was first formed it was felt that the cause of wildfowling had been ignored while the naturalists were well represented and, therefore, decisions would be made, and discussions would be held without reference to our opinions. Ultimately, an informal wildfowl discussion group was set up at which all shades of opinion were represented.

This group, founded at a time when wildfowlers were full of bitterness and suspicion at what they considered to be the ‘scheming and unfair propaganda’ that had taken place behind the scenes prior to the 1954 Act, became the recognised and fully established Wildfowl Conservation Committee in 1960.

It constituted a formal gathering of many interested bodies with a genuine interest in the future wellbeing of wildfowl and their habitat, while providing its members with regular opportunities for discussing a wide range of concerns. From a beginning fraught with suspicion and mistrust grew, among many things, complete accord and confidence, with the chair alternating between the Wildfowl Trust and WAGBI. 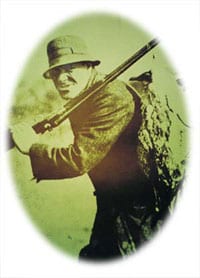 In 1981, WAGBI changed its name to the British Association for Shooting and Conservation (BASC). This change was agreed at the Annual General Meeting of that year in recognition of the fact that shooting sports required a single representative body and that WAGBI was the most suitably placed organisation to take on that role.

The formation of local affiliated organisations, now covering all forms of sporting shooting and not merely wildfowling, with the support and backing of BASC has provided much-needed common meeting grounds.

In 1975 the Gamekeepers’ Association of the United Kingdom (founded in 1900) became a part of the association.

The association’s current work, responsibilities and aspirations are complex, broad-based and becoming more so as the world shrinks, the countryside changes and the people demand greater access to it.

Ours is an ancient and honourable sport that BASC, as was the case with WAGBI, is determined to maintain for future generations as well as its current devotees.