A life with English setters 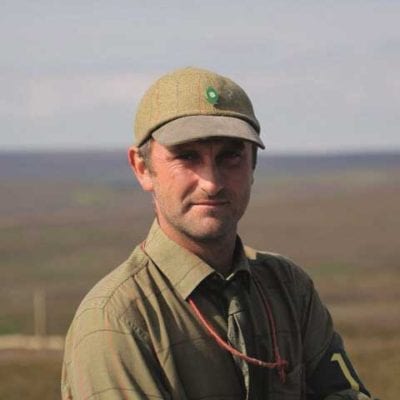 Q: Tell me a little bit about yourself and how you became involved with English setters?

A: My whole life has revolved around English setters, and while I’ve trained other breeds with success too, nothing comes close to them. My dad was a huge lover of the breed, having grown up shooting over them in his home country, France. He moved over to the UK in the 1960s where he met and married my mother. While she had dogs growing up, she had never met an English setter until they went to France on their honeymoon. She instantly fell in love with them too, loving their individual characters, their elegance, and also their physical capabilities.

When they returned to England, they acquired their first English setter puppy almost immediately, and so started our line of Upperwood Show setters and Working English setters. Sadly, however, when I turned eight my dad passed away and my sister took over the running of the kennels. And when I was 16, she also tragically passed away, leaving the kennels to be run by my mum and me. I’ve worked at the kennels ever since.

The same passion for English setters was clearly embedded in me too; up until last year when I had to spend more time on the kennel side of the business. I would spend every day of the season except Sundays working my dogs on the moors, plus all the training and off season work that goes with it. I have successfully trained up to seven Field Trial Champions and today I am an approved Kennel Club judge for setter and pointer trials and championships.

Q: What do you love most about working English setters? 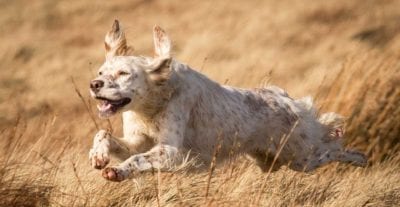 A: Walked-up sport behind setters is unlike anything else. It is exhilarating to watch them run and everything happens so close to you, and for that reason I would refer to it as hunting rather than shooting. You follow the lie of the land behind the dog, and by watching their body language you can work out exactly where the grouse will be and learn about their habits respective to the time of year, weather on the day etc. It’s a joy to watch a setter pick-up a scent, and the anticipation of a dog going on point is palpable. Plus, in almost all working scenarios you are surrounded by spectacular scenery, whether pursuing grouse, snipe, woodcock, partridge or pheasant. Pulling the trigger is just a tiny fraction of the enjoyment of the day.

Q: What advice would you give to someone who has never owned a setter but is thinking about it?

A: Do not go and buy an English setter on a whim. See them first hand, watch them work, and try to gain as much experience from others as you can. Training an English setter is hard work as they never switch off, and good research is essential for a long and happy partnership. Also, factor in where you live and what is around you. If you live near game, they will always want to be over there and will struggle to focus on what it is you want them to do.

Q: How does training a setter differ from typical gundogs like labs and spaniels? 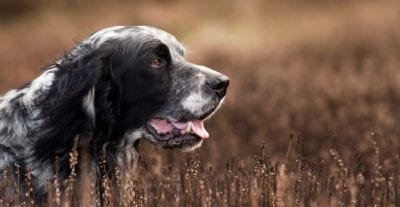 A: The main thing is that you could fully train a setter or English pointer without killing anything as they never pick-up. They are not robotic dogs though, and you must trust them to do their job rather than training it to do the job you want. In the field it’s all about steadiness, recoil and whistle work as they will often be 200–300 yards around you unlike labs or spaniels which may only be 20–30.

Q: What advice would you give to handlers who are making their way out onto the moor for the first time this season?

Also, it depends where you are, but ask the keeper whether there is ample water access and carry some for the dogs to drink to. Both dogs and handlers need to be very fit, especially if it is going to be hot weather. Energy bars for dogs are also a good idea, as are rehydration powders to put into water bowls.