Shooting, for me, was something that somebody else did and I never really had more than a passing interest in All that changed about two years ago when my husband and I did a local walk. We were attempting to follow an old railway track walk from a book but it was out of date and parts of the route were impassable so we improvised, finally getting to our destination after taking a long detour!

When we got home, we looked up where we’d walked on an ordnance survey map and were surprised to notice there was a shooting ground nearby. ‘Do you fancy doing a shooting lesson?’ my husband asked. I thought about it for a moment and decided that it would be fun to try. It was just going to be a one-off lesson but that’s where it all began for me.

One lesson led to a course of ten lessons, the lessons led to an application for my shotgun licence and from there we decided to give firearms ago and joined a local club.

Applying for my shotgun licence was a bit worrying because I’d previously been signed off from work with stress. I had read many horror stories and the thought of not getting my licence because of a blip in my life was upsetting to say the least. In the event, the Firearms Department did require a letter from my doctor and I had to meet with my doctor to make sure I was suitably fit and well. Thankfully I was deemed so and was (eventually) granted my licence.

Rifles (.22 calibre rimfire which I started with) were a different creature to shotguns and took some getting used to. I loved the challenge and was firmly bitten by the shooting bug. I found myself buying magazines and reading up on the sport. It was possible, at the gun club that I joined, to try out different calibres of gun and I was fascinated by the differences. I sustained a collarbone injury as a novice caused by a misplaced .308. The butt of the gun was resting on my collarbone! Ouch! That is a mistake that I will never repeat again!

As a BASC member, I pored over magazines, read about the different shooting disciplines and wanted to experience it all!

I was never sure if I wanted to shoot live quarry but as a passionate home cook, I like to use the best ingredients and cook from scratch. I think that’s what tipped the balance for me. I stood very strong on the principle that if I killed a bird or animal, it would be used for food (providing it was fit for human consumption) and that it would be given the utmost respect. Trophy hunting is something that I am not interested in.

In May of this year, I completed my pre-DSC1 combining two great loves – North Yorkshire and shooting! It was a fascinating day in beautiful surroundings. I plan to go back early next year to do the full DSC1. Of course, there are still some nerves but the pre-DSC1 was invaluable in curing me of any residual fears regarding the .308, positioning of the gun and also for the shooting part of the test. My biggest concerns were the shooting positions that you have to adopt to shoot but, had it been the real test, I would have passed with flying colours. September found me back in the North again to do a simulated bird shoot with Gareth Doherty of BASC North, at the glorious Thimbleby Shooting Grounds. It was a fantastic day which covered etiquette, what to expect on the shoot and how to position yourself on the shooting line.

It is so different from clay shooting, much faster and the adrenaline kicks up a notch when the ‘bird’ flies towards you. I learnt a lot about stance too. If I adopted a clay stance, my arms would get tired very quickly because you can be pointing your gun at the sky for a long time. There’s also the possibility that I’d be pointing at the beaters which is understandably unacceptable. I’m sad to say that if I was shooting for the pot that night, we’d have been very hungry indeed!

Earlier that week I’d attended an ‘Improve your Shooting’ day at West Kent Clay ground. It was a real turning point for me because up until this point, all my shooting had been done with my husband and in a way, he’d been my comfort blanket. It was very well organised, everybody was friendly but I was firmly outside my comfort zone, especially as I was one of the least experienced people there.

BASC coach, Tom Friar, worked with my group of less experienced guns. He was calm, encouraging and dealt well with my habit of swearing at the clays when they weren’t doing what I wanted them to! He also picked up on my habit of lifting my cheek from the stock as I pulled the trigger and helped me feel a bit more comfortable and ‘be at one with the gun’.

I learnt the difference between a coach and an instructor on the Ladies Day and I’d thoroughly recommend getting a coach to help improve your shooting and to get rid of any bad habits. A coach is like a pair of shoes, what fits one person may not fit another so when choosing a coach, choose one that works for you and don’t be afraid to try out a few before you find one that fits comfortably! I can honestly say that shooting has changed my life. I’m fitter, healthier and I have a sense of discipline and focus that I didn’t have when I wasn’t shooting. In addition to that, I’ve met some wonderful new people and taken up a hobby where there’s always something new to experience!

In particular, thank you to Ben Dorrington, Anthony Brown, Gareth Doherty and Tom Friar, all of whom have shared a wealth of experience and have been happy to offer advice, support and answer the many questions that I’ve had.

I’ve got my first bird shoot arranged and have a simulated deer stalk coming up. In addition to this, I’m looking to get involved in Wildfowling. It’s going to be a very busy and enjoyable twelve months!

The only disappointing thing is that most of the novice days are aimed at women or Young Shots so I can’t do them with my husband, who I originally started out on this journey with. I’m hopeful that this will improve in the future and all novice shooters will be catered for. 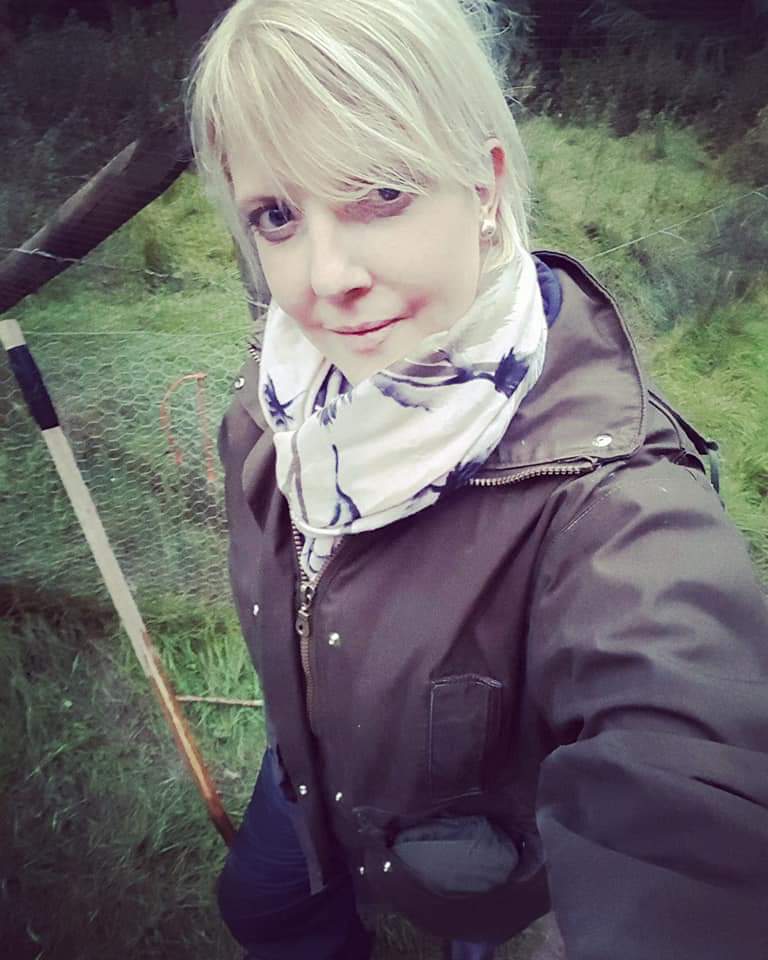 The glamour of country life by Lorraine King

I’ve officially taken up a new and expensive hobby!