1. What inspired you to go into shooting?

I was brought up on a pheasant shoot and estate. At 16, I took over the deer stalking on the estate and have done it ever since.

In university, I studied criminology and did my dissertation on firearms licensing in the US.

I have been a BASC member for a few years and even did my DSC1 with BASC. I think you get fantastic advice and if you have a question about anything, you can ring up and they will help you out. 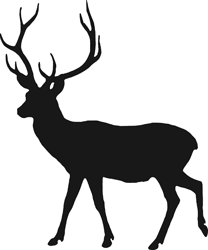 2. So, Love Island. What was it like and how did you prepare for it?

Intense. Very intense! You are limited with what you can and can’t do.

Before going into the villa, I deleted a few posts. A few of me holding pheasants and a few of me with stags and things like that. But it was already relatively mild anyway.

While in the villa my friend was looking after it for me.

3. There were a few pictures of you posted online. How easy was it for people to find them?

God knows where they found them. It must have been some serious investigative journalism to find them.

I asked my agent how much people who got the images would have been given and he said about £10k a photo. The incentive is there irrespective of your intentions and it could be anyone.

People also underestimate what they say on social media and the impact it has. Just because someone has a blue tick doesn’t mean that they don’t see what you are saying. Message requests for example, I do go through them obviously because its part and parcel of it.

4. What are your thoughts/opinion on the public perception of shooting? 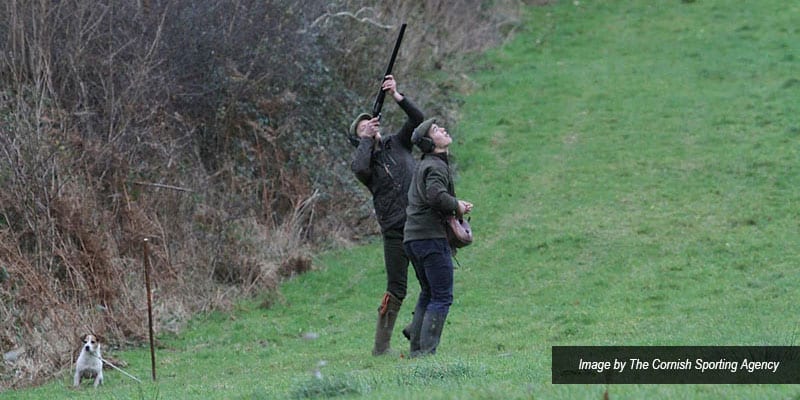 Misguided. I think there needs to be a way that we can better get out there the benefits of shooting, hunting, the industry etc.

Of course, there is going to be the hard-line groups that never accept it. They value animals as high as a human being, but there are the persuadables out there. It is these people we need to really help to understand and convert.

5. Do you have any advice for people using social media?

Bear in mind that when you take a photo, you should be fully prepared for that photograph to be available for anyone to use anywhere. Irrespective of whether you post it or not, you have got to have that attitude towards it because it could get out. Likewise, if someone takes a picture of you out shooting. Be careful of their intentions and where it will be posted.

I never officially posted those photos of me anywhere and they got out!

One of the main things you want to do when you shoot a nice buck, or a nice stag, is to take a photo of it. Especially if you haven’t stalked before, it is a fantastic moment and it is part and parcel of the hunt nowadays.

Now that photo is taken, I would be very careful with where you publish it. I would suggest printing it off or putting it on the wall, so it is not a digital entity floating around there. You never know where it could pop up.

Context is always key! But people will never read the post even if you put the most eloquent conservation argument beneath it, people won’t read that. Instagram is a visual thing for example. They look at the visual aspect of that picture which is of you and come to their own conclusion.

6. Do you think media outlets and social media platforms do enough to protect people from this kind of social media?

No not at all. It is disgraceful. And this reporting business is rubbish! Honestly, I have reported hundreds of people and they are still there. Blocking them does nothing, they can stop doing it to you but then they just do it with someone else. This needs to be addressed.

7. What can we do online for those that don’t know/understand anything about shooting? Should we be highlighting shooting in the public arena?

I think it is very much like politics; there is the converted, the animal right extremists and then there a group in the middle called the persuadables.

These people think, “this makes sense, but I can’t afford it.”

But this is not what shooting is about! It isn’t about money and it’s quite important to get that across to people. It’s probably one of the few areas in sport or life where you can go out and be sat next to someone from a different walk of life.

It brings people together. The amount of people I have taken shooting, a couple of ex-girlfriends who are relatively ‘anti’ and they turn around and are like, “I really don’t want to do this shoot, I don’t want to see the animals die.” But then as soon as they sit down and realize that there is a social side to it, they love it.

Numbers! As simple as that.

They have got the moral argument with the world being so visual online. All they need is images of people crouching over dead animals and they are able to say, “what a monster”.

Again, they won’t read anything about it, they just look at the image and take it out of context.

If you look at anything like that you can say, “he has shot that animal for no reason and he liked it”. I mean, don’t get me wrong, I like hunting, as do we all. Therefore, that aspect is true, BUT, look at this long list of why I hunted that area, why I hunted that animal and why I go Africa in the first place, anti-poaching for God’s sake.

So, that is why the antis are winning. They don’t need context for their argument, they literally need one photograph of one person doing anything to do with shooting and 75% of people will say, yeah idiot.

9. Is there a point where you felt in danger?

Yes once. When a guy left a voicemail on my house phone saying, “Williams I will kill you in the next 12 months, that is a promise”. But he has just been caught by the police.

My family weren’t very happy about it obviously. The same chap wrote a letter three weeks later saying, “I’m very sorry for that, I was very angry and emotional”.

I am hoping to continue promoting shooting in a positive way. I have a few things lined up, sofa hopping and TV etc.

Also hope to work with BASC in the future.